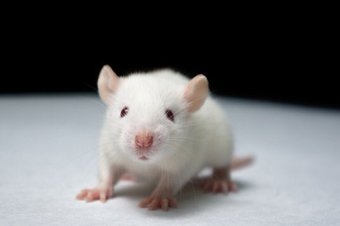 Are we one step closer to developing compounds that can extend our lifespan?

Although the “fountain of youth” may still be a legend, scientists from the Yale School of Medicine have discovered a hormone called FGF21, which is produced by specialized cells in the thymus gland, that can prolong the lifespan of mice by 40%. Furthermore, the team also found that increasing levels of this unique hormone can minimize the loss of immune function that typically comes with the aging process. The findings may open up doors for scientists to better understand the loss of immune function in the elderly and the treatment of illnesses such as cancer and type-2 diabetes.

Although the thymus typically produces T cells for the body’s immune system, as we age its fat percentage increases and it loses its ability to create new T cells. This is one of the reasons that a decrease in T cells can led to increased risk of infections and cancers as we age.

The team of researchers, led by Vishwa Dixit, utilized transgenic mice with increased levels of FGF21. They examined the effects of knocking out this hormone’s gene function and compared it to the mice with elevated levels of the hormone. The results showed that increasing levels of FGF21 in older mice shielded their thymus from the fatty degeneration that typically comes with aging and also improved its ability to create new T cells. Conversely, FGF21 deficiency bolstered the degeneration of the thymus is older mice.

“We found that FGF21 levels in thymic epithelial cells is several fold higher than in the liver – therefore FGF21 acts within the thymus to promote T cell production,” Dixit said in a press release. “Elevating the levels of FGF21 in the elderly or in cancer patients who undergo bone marrow transplantation may be an additional strategy to increase T cell production, and thus bolster immune function.”

Future studies will focus on examining the mechanisms that are responsible for the protection of the thymus when FGF21 levels are high.

“We will also look to developing a way to mimic calorie restriction to enhance immune function without actually reducing caloric intake,” Dixit added.