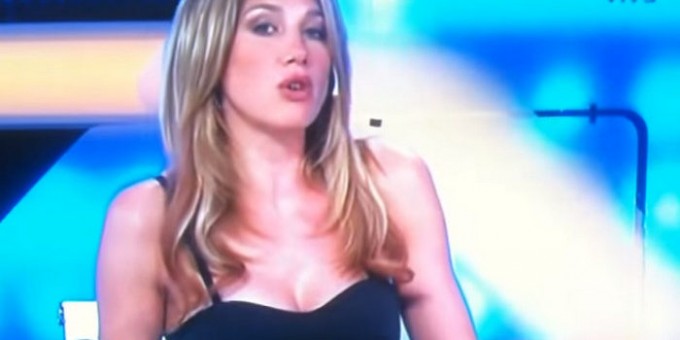 Editor’s Note: Just getting my “tabloid” on, or maybe it’s “sweeps” week 😀

A Fox news presenter accidentally flashed her knickers live on air while reporting on the upcoming Rio Olympics.

Leggy Alina Moine accidentally caught her dress by her fingernails and exposed her underwear to thousands of viewers.

Undeterred, she carried on conducting her job with co-host Maxi Palma from Argentina in a professional manner. 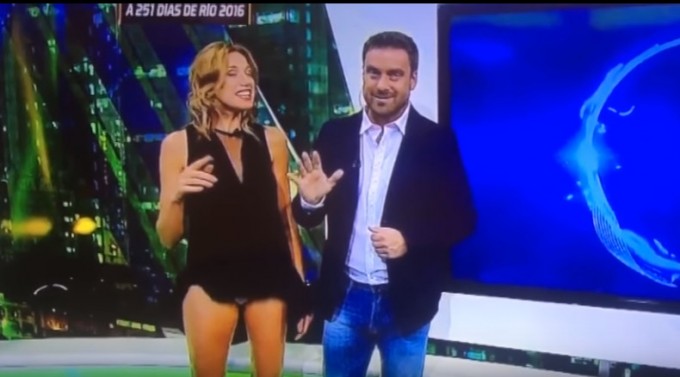 Revealing her long, tanned legs – and skin-coloured underwear – the 36-year-old seemed unfazed by the mishap.

As any true professional would do she simply brushed her dress back down and continued with the report.

The gaffe did not escape the attention of eagle-eyed viewers, some of whom filmed it and uploaded it on online, where it has been seen over 350,000 times.

Although the incident took place at the end of last year, it was only recently picked up by local media in Argentina, where Alina hails from.

Many social media users have commented on the video, some of whom even questioned whether it was on purpose.

One user wrote: “The curious thing is that this programme was recorded. It’s strange that they did not cut out this part.”

The sports journalist has been working for broadcaster Fox for 12 years but has also modelled for lingerie brand, Selu.

It’s not the first time a reporter has been caught on TV flashing the flesh.

Busty weathergirl Roxana Vancea’s boob made a break for it while she narrated the forecast.

And a reporter was in stitches recently after he accidentally hand-sculpted two large testicles out of sand on live TV.