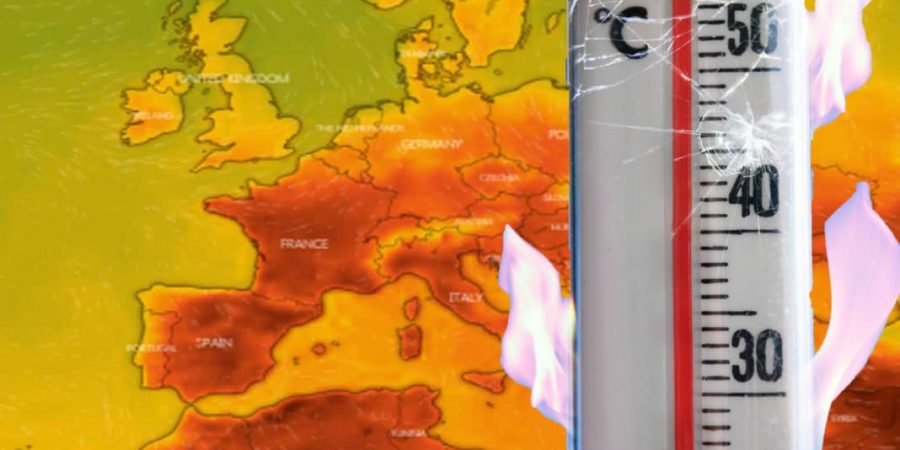 France has hit its highest recorded temperature – 45.9C (114.6F) – amid a heatwave in Europe that has claimed several lives.

The new record was measured in the southern town of Gallargues-le-Montueux. Before this year the previous record was 44.1C during a heatwave in 2003 that killed thousands.

2003 was exceptional in that temperatures remained high all summer long, but it was never quite this intense. It is, however, forecast to cool off in Europe by next week…

Health Minister Agnès Buzyn has said “everyone is at risk”.

Those are all in the south, but most of the country remains on orange alert, the second highest level.

Swathes of the continent are experiencing extreme heat. Germany, France, Poland and the Czech Republic have all recorded their highest-ever June temperatures.

In Spain firefighters are battling Catalonia’s worst wildfires in 20 years. Eight provinces are on red alert while temperatures are expected to rise above 42C in many areas.

The Italian ministry of health has reported emergency levels of heat in 16 cities.

Several people are believed to have lost their lives as a result of the extreme temperatures, including two who died from suspected heatstroke in Spain.

One, a 17-year-old farm worker in Córdoba, went into convulsions after cooling down in the farm swimming pool, while an 80-year-old man died on a street in the northern city of Valladolid.

In France, Prime Minister Edouard Philippe said a drowning was taking place every day and warned that the heat was making people “take risks”.

On Thursday a 33-year-old roofer died after being taken ill as he worked on a building site in the western city of Rennes, where the temperature was 35C in the shade.

A six-year-old Syrian child was also in a serious condition after being thrown into the air by the force of a water jet from a fire hydrant that had been opened by residents in Saint Denis, north of Paris.

In the UK, police warned people of the dangers of cooling off in rivers and lakes after a 12-year-old girl drowned in the River Irwell in Greater Manchester.