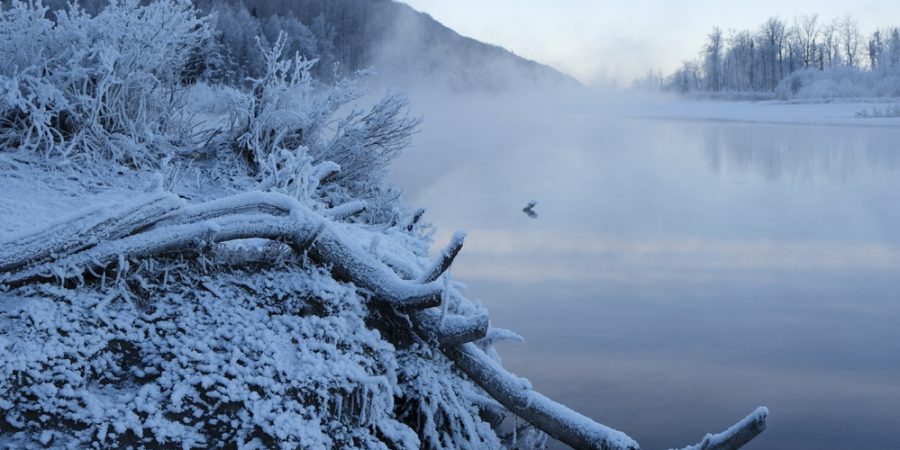 Alaska is witnessing its coldest air in almost two years, and some of the biting chill is forecast to plunge into the western United States in about a week’s time.

In Fairbanks on Tuesday morning, the temperature tanked to minus-31 degrees, ending a 624-day stretch in which it was warmer than that — the second longest on record. Tuesday afternoon, the mercury only recovered to minus-21, ending a record-long 658-day stretch with highs above minus-10.

It was even colder in Bettles, Alaska, on Tuesday, where the temperature dropped to minus-41 with a bone-chilling wind chill of minus-53.

Statewide, it was the first time Alaska’s daily temperature index was significantly below normal in almost a year.

This morning, some locations in our 49th state plummeted as low as minus-40 to minus-45 degrees.

Although the weather in the Last Frontier is cold compared with the past two years, it has been much colder in the past. Alaska’s coldest November temperature of minus-62 was set in 1970 at Prospect Creek.

Through October this year, Alaska was having its warmest year on record. 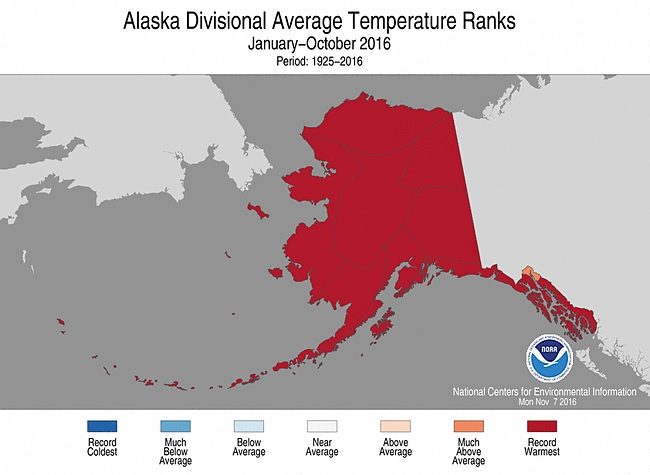 © National Oceanic and Atmospheric Administration
Through October, Alaska was having its warmest year on record.

But it’s cold now and expected to stay cold for at least another week or so. For the first time since February 2014, the National Weather Service predicts much of the state to be colder than normal in its six- to 10-day outlook. 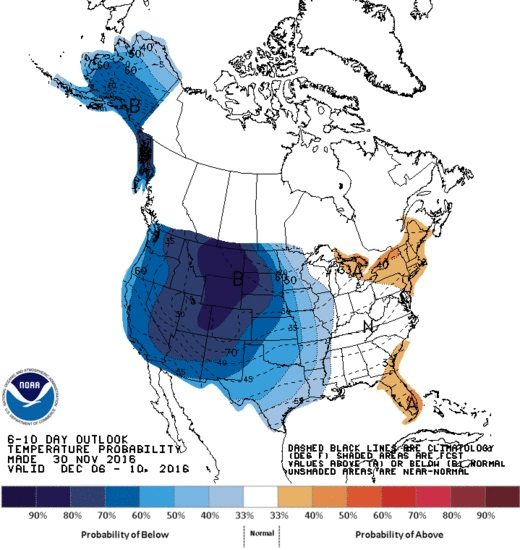 As the cold continues to build over Alaska and western Canada over the next week, some of it will begin to bleed south.

Computer models are unanimous in bringing a significant blast of cold air to the western half of the United States in about six to eight days. On Wednesday afternoon next week, temperatures are forecast to be 20 to 30 degrees colder than normal in much of the Rockies and western Plains. 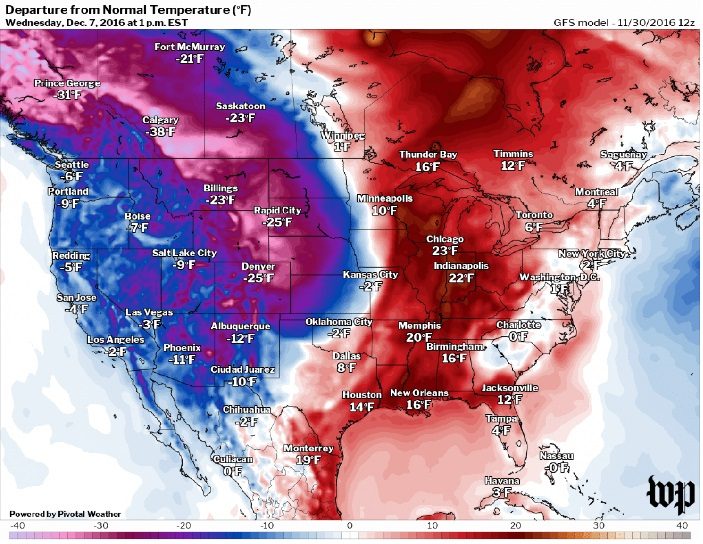 While the exact numbers are subject to shift, this would mean highs in the teens in Denver and Billings, Mont., and the 20s around Salt Lake City. 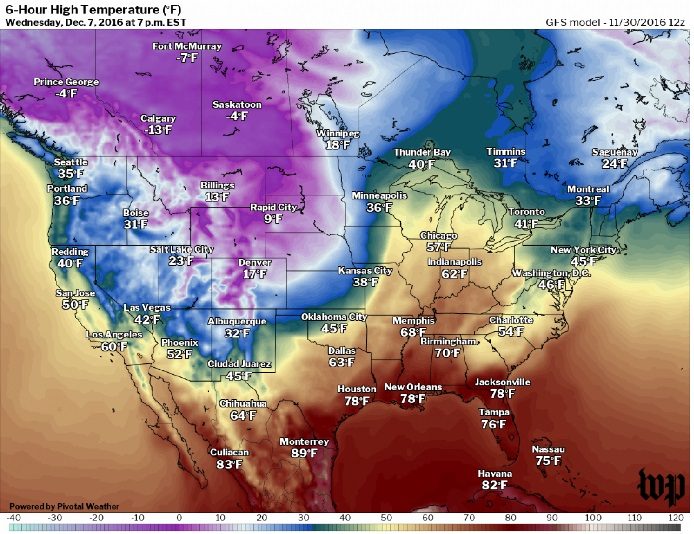 Some of this cold air is likely to shift toward the eastern half of the country in eight to 10 days, but models tend to suggest it will lose some of its intensity.

After next week’s system moves across the CONUS, there is a strong analog signal for below normal temperatures in its wake. #brrrr pic.twitter.com/zKidX5xKKe

When the cold assaults the western United States this time next week and clashes with milder air to the east, a storm is likely to form, producing heavy snow west of its center and potentially strong thunderstorms to the east. It is far too early to pin down the specific storm track, but the central United States should start to monitor the situation in the coming days.