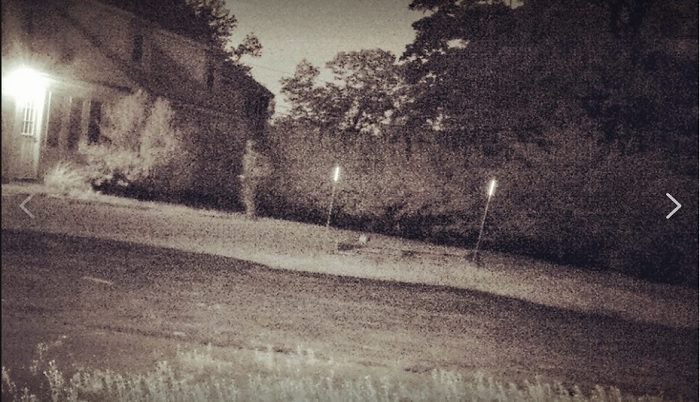 Maine resident Tia Wilson captured the eerie image on a game camera she had set up in her garden.

Only expecting to see photos of cats and foxes, but after going over the images, Tia was taken aback when she found one which showed a figure standing in her front yard.

The photograph had been taken on Saturday night at 8:58pm while she had been away camping.

“We were, like, shocked,” she said. “Initially, I freaked out because I think there’s somebody in our yard. Who the heck, it’s 9 o’clock at night, who’s at our house?”

“If somebody was walking up our driveway, it would have caught a photo of them much sooner, at the edge of our lawn,” she said.

“We’ve put the camera back up in hopes that maybe we’ll catch it again.”