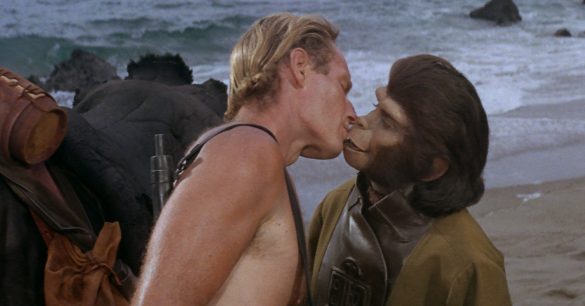 Our closest genetic relatives are beginning to look a lot more like us all the time. Some primate researchers have recently claimed that chimpanzees have been more or less in the chimp equivalent of the human Stone Age for possibly hundreds of years. Chimps can use tools, exist in complex social groups, and have even recently been observed performing what has been described as a mortuary ritual for the first time. Now, new research has shown that maybe we’ve been a lot more like chimps for a lot longer than we previously thought: it turns out the earliest humans were close enough with chimps for the two species to pass strains of both oral and genital herpes from one to another. 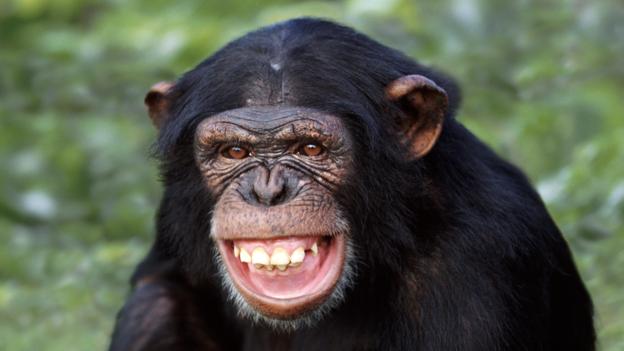 The research was published in Molecular Biology and Evolution by Dr. Sebastien Calvignac-Spencer of the Robert Koch Institute in Germany. According to Dr. Calvignac-Spencer, it is still unknown just how the virus managed to leap from chimps to humans. Before you go thinking about racy interspecies jungle lovin’, there is also a probable likelihood that the virus could have been transmitted through bodily fluids on half-eaten fruit or as humans butchered and ate infected chimps. 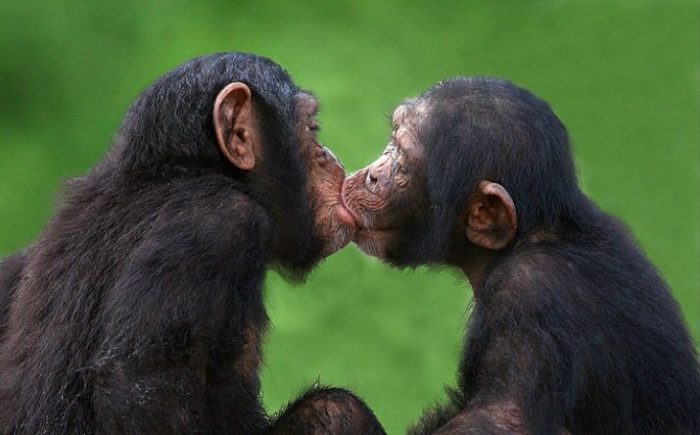 Researchers also discovered that both strains, oral and genital, of the herpes virus share a common ancestor. The genome sequence of herpes simplex 2 (HSV 2), otherwise known as genital herpes, evolved from the more common herpes simplex 1 (HSV 1) strain, oral herpes. The genome sequence of the HSV 1 strain therefore also lends some credibility to the “Out of Africa” theory which claims humanity has its evolutionary roots on the African continent:

We propose a model of HSV-2 evolution in which, following a putative transmission from chimpanzees to the human lineage, HSV-2 diversified in African populations before a single lineage characterized by recombinant HSV-1 fragments (the worldwide lineage) accompanied the migration of Homo sapiens out of Africa.

Thus, if you’re like an estimated 90% of American adults who have been exposed to oral cold sores, chances are you have ancient African chimpanzees to blame. Gross.