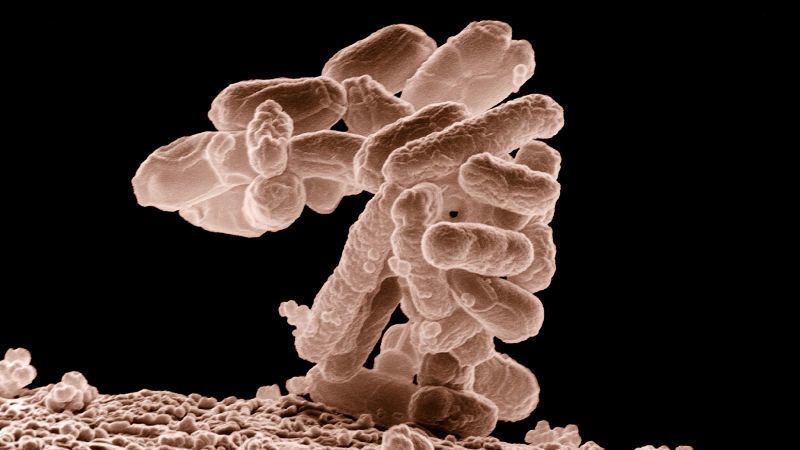 One serious thing to consider with this plan is that nature seems to use things like viruses to regulate population and even improve immune systems naturally, which in turn promotes the health of a species as would be evident over time when the species procreates. It would seem this would counter act those checks and balances, this could be a disastrous plan with dire long term consequences in my opinion.

Two years ago, a consortium of scientists, lawyers, and entrepreneurs announced a plan to synthesize an artificial human genome from scratch—an extremely ambitious endeavor that’s struggled to secure funding. Project organizers have now disclosed details of a scaled-down version of the venture, but with a goal that’s still quite audacious: creating human cells that are invulnerable to infections.

It’s called Project Recode, and it’s a downsized version of Human Genome Project-Write, or GP-Write. Originally, the leaders of the project, including Harvard geneticist George Church, biotechnology lawyer Nancy Kelley, and NYU Langone Medical Center geneticist Jef Boeke, wanted to synthesize an entire human genome from scratch—a formidable project that would have required an exhaustive and exhausting re-think of the 3 billion DNA base pairs that currently describe the human genome.

But as Nature News reports, GP-Write hasn’t been able to secure the $100 million required for the project, prompting the downgrade to Project Recode. Now, instead of re-writing the entire human genome, the geneticists want to make human cells immune to viral infections.

“There is very strong reason to believe that we can produce cells that would be completely resistant to all known viruses,” said Boeke at a meeting held earlier today in Boston. “It should also be possible to engineer other traits, including resistance to prions and cancer.”

With this tighter and slightly more tangible goal, it should be easier for GP-Write to secure the required funding, which it still needs to move forward. It helps that French pharmaceutical company Cellectis is donating its TALENS technology to help with the required gene snips.

Creating virus-resistant human cells won’t be easy, and it could take a decade or longer to do it—but it’ll be worth it. By producing “ultra safe” virus-proof human cell lines, scientists would be able to produce drugs, vaccines, and antibodies without the risk of viral contamination. It could also lower the chances of a person’s immune system rejecting new drugs.

To do it, the Project Recode scientists will be targeting “codons,” nucleotides that act as the traffic cops of the genome. Codons use three-letter sequences to specify the sequence of amino acids required for the assembly of proteins. For example, GCU is chosen for alanine, AAA for lysine, and AUG for methionine. Trouble is, our genomic intersections often feature extra traffic cops in the form of redundant codons. These superfluous codons often perform the same function, so the Project Recode scientists want to get rid of all the extra ones, replacing them with a single three-letter triplet. By purging the redundant codons, the scientists are eliminating the codons that viruses use for their own protein assembly.

Prior experiments on bacteria revealed 321 instances of redundant codons, which is manageable for geneticists. But scaling this technique to humans will be considerably more challenging, requiring on the order of 400,000 changes to about 20,000 human genes. This is going to require some heavy genetic lifting, more than a genetic cut-and-paste tool like CRISPR can handle. That’s why writing is being favored over editing in this case. As Boeke pointed out, “It’s like if you’re editing a short story: if you’re changing so much of it, you might as well just rewrite the whole damn thing.”

It currently costs about $1 to synthesize 10 DNA letters, STAT News reports, so the human genome, with its 3 billion DNA base pairs, will be an expensive proposition. The Project Recode scientists are going to have to innovate to bring the cost down.

Lofty goals are all fine and well, but as today’s announcement demonstrates, sometimes it’s necessary to downgrade a project to become grounded. Project Recode still has lots of work to do, but its efforts now seem considerably more attainable.

George Dvorsky
Gizmodo
Headline Image: E. coli seen through an electron microscope. In 2013, scientists recoded the genome of this bacteria—and now they want to do the same to human cells to prevent infections.
© Agricultural Research Service