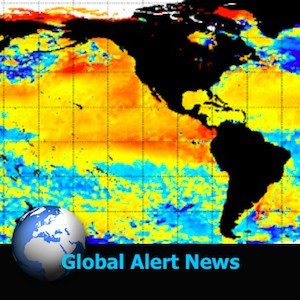 The great unraveling of the reality we have all known is not off in the distance somewhere, it is now. Even at this late hour (with a horizon that is getting darker by the day), the vast majority of the population is all too willing to diligently defend their denial of the converging catastrophes we face, apparently until the last moment. Rapidly unfolding events will soon enough break down such denial. It is thus imperative for us all to keep sowing the seeds of reality and awareness. During this last week of 2015 (the warmest year ever recorded globally and capping the warmest 5 year period ever recorded) it was warmer at the North Pole than it was in Southern California. In fact, at the very top of the world, in the pitch black of the sunless Arctic winter, it was raining at well above freezing temperatures. It was also colder in Texas than the center of the Arctic circle. This latest engineered cool-down in the Lone Star state has just killed 30,000 dairy cows, some of the best and most productive in Texas. 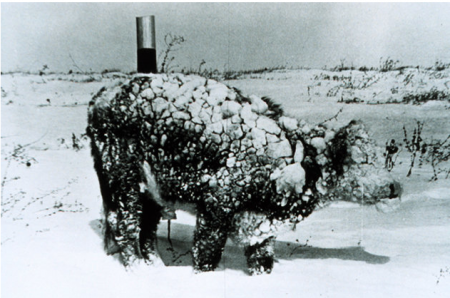 Normally cold hardy cattle have little chance in the chemically nucleated precipitation events. The heavy wet snow sticks to their coats, the endothermic reacting materials are extremely cold to the touch (can flash burn exposed surfaces), and the adhesive “snow” clogs their nostrils so they suffocate.

Events like what has just occurred in Texas are not new. On October 4th of 2013, 100,000 cattle were killed in an engineered snowstorm staged in South Dakota. At the same time the cows were dying in the heavy, sticky, chemically nucleated precipitation, it was almost 90 degrees and raining a short distance away. 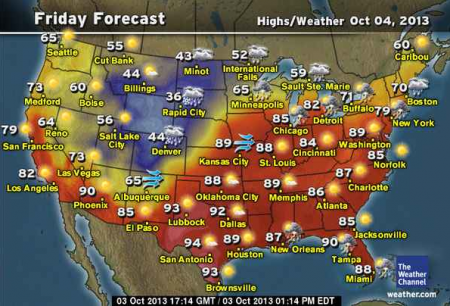 I took a screen shot of the South Dakota event at the time the cattle were dying (such telling maps were soon taken offline). How is it possible for 100,000 cattle to die in South Dakota with such extremely warm temperatures in all the surrounding areas? Climate engineering and Chemical ice nucleation.

The ongoing geoengineering insanity is becoming all but impossible to hide in plain site. Climate engineering is further fueling the unraveling of an already decimated climate system. In addition to the devastating weather events already mentioned, the end of 2015 has also brought record flooding to the US, to the UK, and a rapidly expanding list of weather extremes around the globe. 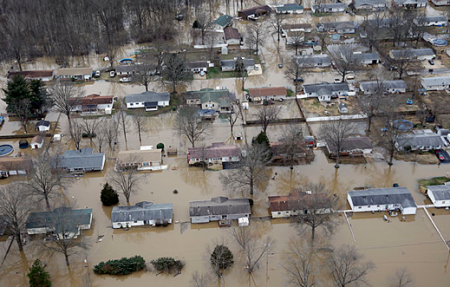 As the immensity of what is unfolding on countless fronts becomes ever more apparent to the formerly sleeping masses, the power structure will be more dangerous than ever. Global conflict has always been the final option of choice for the military industrial complex and the central banking cartel. The Bush family history provides a shocking look into the tyranny of the global elite. How many are aware of their involvement with the funding of Nazi Germany? Now we have Obama and ISIS, the tyranny is still the same. We will face challenges in 2016 that are as of yet unimaginable to the vast majority. The danger now posed by those in power is more extreme and immediate than ever before. The January 2nd installment of GeoengineeringWatch radio is below.