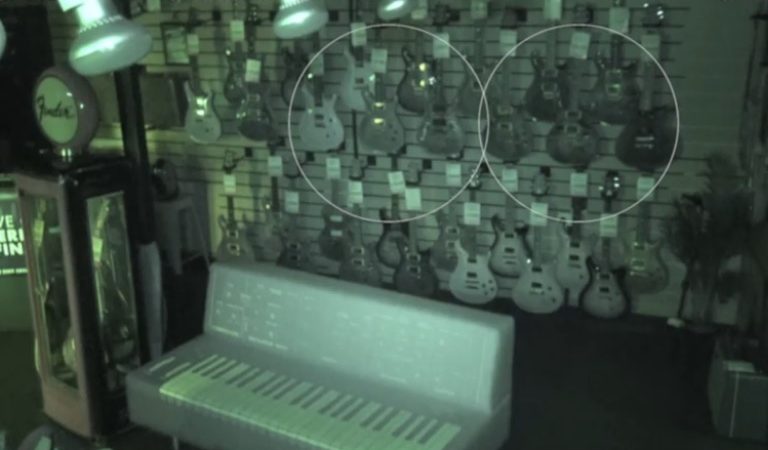 A store selling musical instruments in Brighton, UK has been gaining something of a haunted reputation.

The mysterious occurrences began at the Guitar, Amp and Keyboard store (or GAK) last month and culminated in an incident that happened just a few weeks ago in the early hours of the morning.

The store owners became aware that something was amiss when the motion alarm was triggered at around 5am despite there being no indication of a break-in.

After checking the CCTV footage, they noticed that two of the guitars hanging up in the store had started to swing on their own even though the other guitars next to them had remained still.

Around 30 minutes later, a price tag was also mysteriously ripped from one of the shelves.

“Some say it could be the guitars re-adjusting themselves after they were hanged incorrectly, but there is no wind there and it’s not near any draft or ventilation so there aren’t many suggestions,” the owners told The Daily Star.

“Staff think it’s odd and a bit creepy but it hasn’t affected anyone coming in.”

You can view the CCTV footage for yourself below.