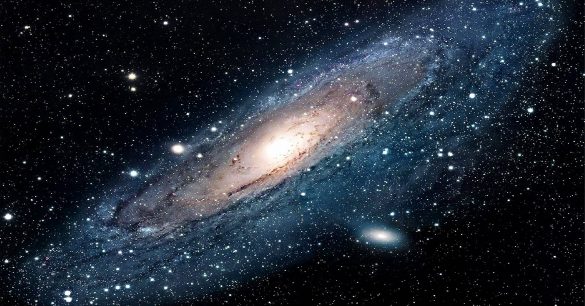 While everyone with a telescope and a desire to be famous is busy trying to be the first to discover Planet X or Planet Nine or Nibiru, a giant galaxy somehow snuck into orbit around our own Milky Way galaxy. Shouldn’t someone be fired or at least demoted to Junior Astronomer in Charge of Watching That Spot on Jupiter? 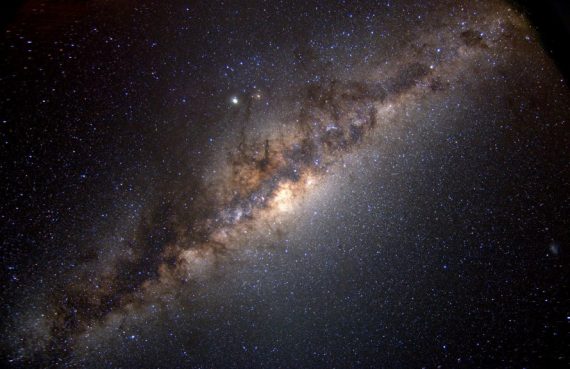 Seriously, there’s no reason this galaxy should have been missed. According to a new report in the Monthly Notices of the Royal Astronomical Society, Crater 2 (maybe they need to demote the person naming new galaxies too) – despite being a dwarf – is the fourth largest galaxy orbiting the Milky Way, behind only LMC, SMC and the Sgr dwarf. (See what I mean about galaxy names?) It was discovered by Institute of Astronomy researchers at the University of Cambridge using imaging data from the VST ATLAS survey – a survey of the southern sky using the VLT Survey Telescope (VST) in Chile. If you’re looking for it (it’s too late to discover it), the report tells you where to gaze:

Crater 2 is located 120 kpc (a kpc or kiloparsec is 3262 light-years) from the Sun and appears to be aligned in 3-D with the enigmatic globular cluster Crater, the pair of ultra-faint dwarfs Leo IV and Leo V and the classical dwarf Leo II. 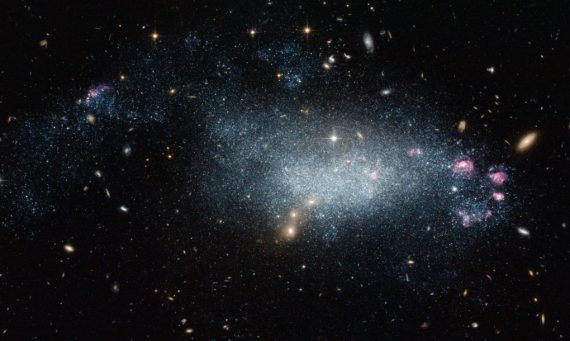 Dwarf galaxy DDO 68, which is believed to be similar to the newly discovered Crater 2

Why did no one else discover this monster galaxy until now? The researchers gave the feeble excuse that it’s … feeble. They’re calling it a “feeble giant” and say that Carter 2 is “one of the dimmest galaxies ever spotted in the universe.”

What makes Crater 2 so dark? It may be a dark galaxy – a hypothetical galaxy that has few or no stars but can still be detected by their large amounts of gas and/or dark matter. No one is saying just yet.

If astronomers missed the existence of such a huge galaxy so close to our own, what else are they missing? Is Planet X hiding out there too?

By the way … Enigmatic Globular Clusters and The Ultra-Faint Dwarfs are both great names for bands.