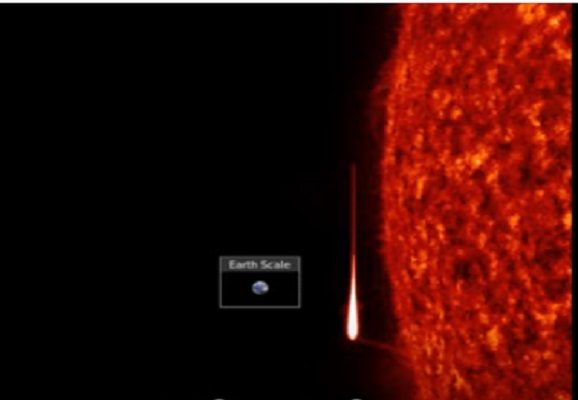 Giant Mystery Fireball Streaks by Close to the Sun

Whatever this objects is, you can see how massive it is when the earth is shown in the image for comparison, it would have been a very large object indeed.

A transit event (Earth crosses its view of the Sun) is also shown in this video.

Today, NASA’s Solar Dynamics Observatory, (SDO) saw a total solar eclipse in space when Earth crossed its view of the Sun. Also known as a transit, Earth’s passage was brief, lasting from 06:51 to 07:45 UT and covering the entire face of the Sun.

SDO’s eclipse season is a three-week period that comes twice a year during which Earth blocks SDO’s view of the Sun for a short while each day.