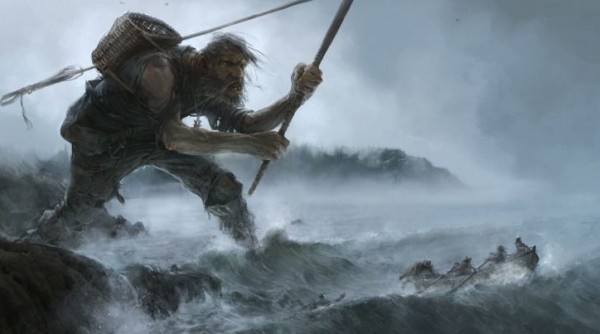 We all have probably heard of the Gigantic beings that “supposedly” walked n Earth in the Distant past. Some call them Cyclops, describing them with strange characteristics on their heads.

Mythologically speaking, every time a giant walks an earthquake occurs. But there is a possibility that there is more to the giants than we have thought, some researchers believe the stories about these beings are not just fairy tales. Researchers point to the fact that numerous gigantic skeletons have been found in several countries on all the continents. The mystery of the civilization of Giants remains one of the most debated enigmas and is an ongoing fight between myth and reality. Some believe that there is even some sort of secrecy when it comes to these giants and evidence of their existence has been anything but accessible.

In the 1940s, archaeologists supervising excavations at Argedava, Romania in search of priceless objects within the ruins of what was the greatest citadel of the great leader Burebista Dacian came across an incredible discovery. One of the workers excavated a huge skull, three times the size of a normal one. When archaeologists were notified, workers were immediately fired and investigators resumed excavations on their own. Everything that was found was loaded into military trucks and sent away. According to reports, they had collected about 80 skeletons, most of them nearly intact.

But this discovery in Romania is just one of those mysterious findings, there have been numerous other excavations that ended up with similar results. In recent years, inhabitants of Scaieni discovered an ancient cemetery of giants while planting apple orchards, and just like the Giants discovered in Romania, these too had skulls three times larger than ordinary human skulls. Along with the skeletons, villagers also found fragments of pottery, jewelry and strange metal statues. According to local reports, after the discovery, a team of archaeologists came, excavated the area and disappeared mysteriously. No public statement was made and everything that had to do with the discovery quickly became just a story with no solid background apparently.

But is this just mythology? Apparently not, since there are abundant legends of giants in the area. According to folklore, the giants inhabited the mountains and forests around Scaieni. It is said that huge thrones were found carved into the mountainside in areas inaccessible to ordinary humans. Legends say that there are two gigantic underground vaults beneath the mountains, containing the ancient treasures of the giants. 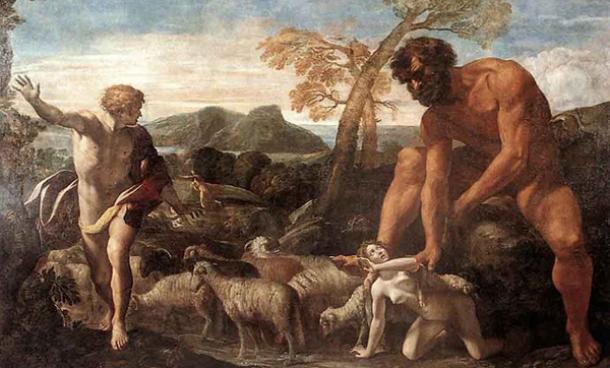 Remember that there are plenty of stories speaking of giants in many religious texts, including the bible.

“There were giants in the earth in those days; and also after that, when the sons of God came in unto the daughters of men, and they bare children to them, the same became mighty men which were of old, men of renown.” -Genesis 6:4

The Nephilim are believed to have been the offspring of the “sons of God” and the “daughters of men” before the Deluge according to Genesis 6:4; the name is also used in reference to giants who inhabited Canaan at the time of the Israelite conquest of Canaan according to Numbers 13:33.

“And there we saw the Nephilim, the sons of Anak, who come of the Nephilim; and we were in our own sight as grasshoppers, and so we were in their sight.” -Numbers 13:33.

Are these discoveries proof that giants did, in fact, walk on Earth in the distant past? After all, mentions of giants can be found in numerous religious texts. Why mainstream archeology and science is hiding such findings is an interesting question, one that eventually must be answered.