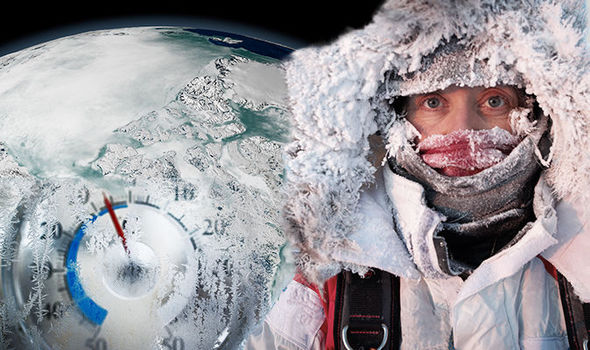 HUGE parts of the USA and Europe, including Britain will be exposed to freezing temperatures if the Atlantic Ocean Current continues to weaken.

A shock study has revealed the current is weakening and is at risk of collapsing. If it does, temperatures in parts of Europe could become almost unbearably cold.

However, while previous studies had found it is not affected by a spike in atmospheric carbon dioxide, new research suggests otherwise.

A study published in the journal Science Advances has found the AMOC will shut down if it is continually exposed to doubled atmospheric carbon dioxide over a prolonged period. 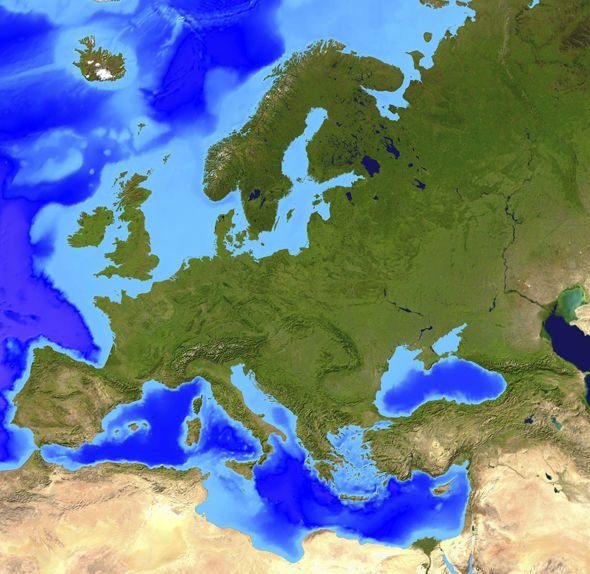 Large parts of Europe, particularly the north, are facing much colder temperatures

Wei Liu, a postdoctoral associate in the Department of Geology and Geophysics at Yale University and lead author of the study, said: “We show that the possibility of a collapsed AMOC under global warming is hugely underestimated.

“In current models, AMOC is systematically biased to be in a stable regime. 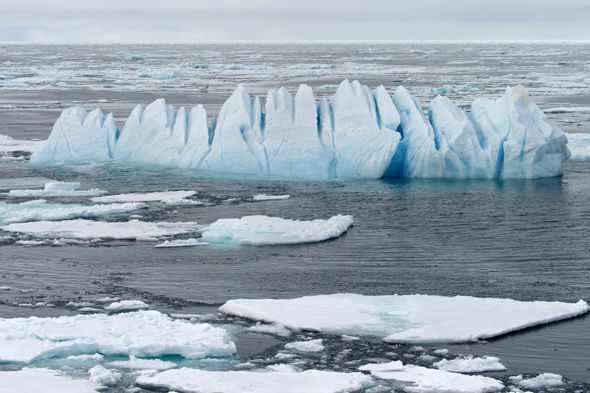 Much of northern Europe could become unbearably cold

“A bias-corrected model predicts a future AMOC collapse with prominent cooling over the northern North Atlantic and neighbouring areas.

“This has enormous implications for regional and global climate change.”

Iceland could see temperatures drop by as much as 10 degrees

The collapse of the system has been debated for decades, and was even the inspiration behind the 2004 blockbuster move, ‘The Day After Tomorrow’, where the protagonists fight to survive in a world where temperatures have plunged to freezing.

While a disaster on that scale is not anticipated, temperatures in the UK could drop by three degrees celsius in winter meaning that the average January temperature could be below two degrees.

However, Iceland would see a 10 degrees celsius drop which would plunge parts of the nation to minus 40 degrees during winter.

The authors write in their paper: “Compared with an uncorrected model, the AMOC collapse brings about large, markedly different climate responses: a prominent cooling over the northern North Atlantic and neighbouring areas, sea ice increases over the Greenland-Iceland-Norwegian seas and to the south of Greenland, and a significant southward rain-belt migration over the tropical Atlantic.”

However, the experts predict that it would take around 300 years to collapse, and there is a chance to reduce the amount of carbon dioxide in the atmosphere.