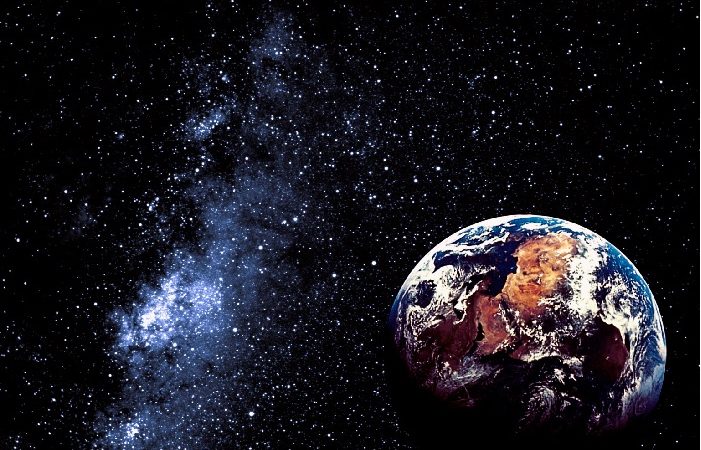 The purpose of this article is to update some of the new discoveries in science and astronomy, which may be shocking.

A major change, which has occurred within the last few years, is the fact that virtually every scientist and astronomer accepts the fact that this universe was created by God. That wasn’t the case a few years ago as the belief in evolution was predominant and that it could have all been done by nature.

However, Dr. Hugh Ross, an astrophysicist of “Reasons to Believe,” says modern astronomers can now look back into the past to within less than 1 trillionth of a second following the “Big Bang,” 13.79 billion years ago.

He says biologists, who have no equipment to look back nearly that far into the past, because their subject matter is mainly living in the present, need quadrillions of years, or at least trillions, to support their theory of evolution. Therefore, they must concede to the current scientific evidence that there is a God Who created it all.

The only contention remaining is the question as to whether God is personal, but statistics in favor of the real God far outweigh the opposition.

He quotes several astronomers, biologists and other scientists as saying the universe was built with us in mind as if it was waiting for us to be created. Along this line, Dr. Ross says that among the 200 billion galaxies and 50 billion trillion stars in the universe – every one of them is necessary for life on this one planet and nowhere else! In other words, if the universe was larger or smaller, human life could not exist.

In an earlier series of articles concerning earth as the “Goldilocks” planet – in just the right place – not too hot or cold, we mentioned some 200 of these godly designs which were critical. Scientists have now discovered 800 very fine-tuned criteria which are critical for earth’s existence.

Dark matter makes up 99.73% of the mass and energy in the universe. If the physics of dark matter was off by far less than one quadrillionth part, stars could not form and life could not exist.

Furthermore, if either the strong nuclear force, the electromagnetic force, the weak nuclear force or the gravitational force were off by the most miniscule amount, life on earth could not exist.

There has to be a moon of exactly the right size, orbit, speed, mass, distance from earth and rotation rate for life to exist on earth.

Our sun is the only star in the entire universe that is the right size, mass, composition, magnetism, age, class, distance from earth and distance from the other planets and the center of the galaxy to permit life on earth. It must also be located precisely with respect to the galaxy spiral arms and only 6% of all galaxies even qualify.

Human bodies are composed of relatively heavy elements such as carbon, nitrogen, oxygen, iron, etc. which come to earth from supernova explosions in outer space and billions of years are required for this process.

The earth can’t be any younger or older than about 4 billion years or all the elements heavier than helium and hydrogen, which sustain human life, wouldn’t be here. Human life only has approximately 15,000 years within this 13.79 billion year period in which to complete its mission and we are near the end of that now.