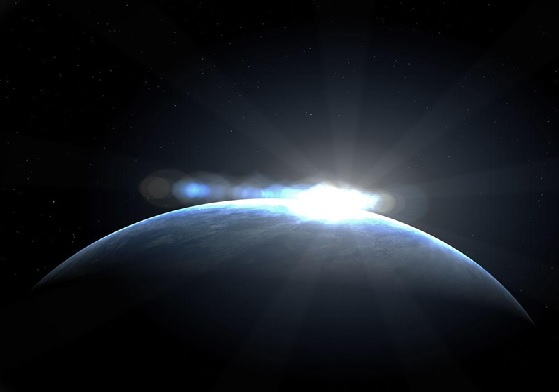 The Goldilocks series continues with #6 – Can Planets in the Habitable Zone Actually Support Life?

Here are the previous articles in the series should you be interested in reading them:

Can Planets in the Habitable Zone Actually Support Life?

It seems that all too frequently we read another exciting announcement that an extrasolar planet has been detected, one that is in the “habitable zone” and would likely be able to host life. The announcement is usually accompanied by an artist’s conception of the planet with oceans, continents, and an atmosphere with clouds that appear decidedly Earth-like. 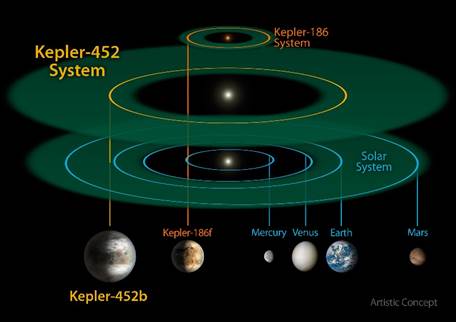 The circumstellar habitable zone (HZ) was given a rigorous definition in a 1993 paper by geoscientist James Kasting (Pennsylvania State University) and his team. This definition was then updated in 2013.1 As defined, an HZ has an inner edge where atmospheric water breaks down and hydrogen escapes. This results in a runaway greenhouse effect. At the outer edge, CO2 condenses into clouds and accelerates cooling, resulting in all surface water freezing. For the solar system, the HZ model has an inner edge at 0.99 astronomical units (AU) and an outer edge at 1.70 AU.2 Earth is just barely inside the inner edge, and Mars is just inside the outer edge at 1.52 AU.

Although often overlooked, the definition of an HZ is extremely dependent on the composition of an exoplanet’s atmosphere. Kasting’s model assumed not only an Earth-like atmosphere, but also a carbon-silicate feedback cycle that requires a fine-tuned mix of oceans, continents, plate tectonics, and steady volcanic outgassing of CO2. One exoplanet researcher notes, “Without knowledge of the major molecules of an exoplanet’s atmosphere, we can only speculate whether it resides in the habitable zone for liquid water.… Declaring a freshly detected exoplanet to be in the ‘habitable zone’ amounts to little more than media spin if its atmospheric composition is unknown.”3

How the Definition Is Changing

Recent studies demonstrate how fragile a planet’s atmosphere can be when subjected to steady stellar radiation and occasional coronal mass ejections. Several Earth-size exoplanets around M dwarf stars have been found in the classically defined HZ. However, the close orbits of these exoplanets lead to tidal locking, which results in the atmospheres being stripped over time by a constantly blowing stellar wind.4 NASA’s MAVEN spacecraft orbiting Mars indicates that the lack of a protective magnetic field may have resulted in a similar stripping of the planet’s atmosphere. Even planets like Venus that retain a dense atmosphere lose their water unless they have a strong magnetic field.

But how has Earth maintained its magnetic shield for billions of years? Recent work done by a French team informs us that complex gravitational interactions between the earth and the moon are responsible for the earth’s long-lasting geodynamo and protective magnetic shield. The team writes (emphasis added):

Finally, because the Moon appears to be a necessary ingredient to sustain the magnetic field, and because a magnetic field is needed to shield the Earth’s atmosphere from erosion by solar wind, the habitability of an Earth­like planet may be subordinated to the existence of a large satellite. While more than 1,000 exoplanets have already been observed, the detection of an accompanying exo­moon is rare. Hence, our model could have major implications in future planetary missions as exoplanets with orbiting moons would more likely host extraterrestrial life.5

This research puts another severe constraint on planet habitability.

So What Does Habitable Really Mean?

The carbon-silicate cycle is a key mechanism in keeping Earth habitable. Now, strong planet-moon gravitational interactions join the list of necessary properties for habitable planets, and also the list of things scientists cannot yet measure. The Earth-Moon system is really a double planet and therefore a relatively rare planetary configuration.6 This new result serves as a strong reminder that “habitable,” as currently defined, really has no connection with Earth’s abundant capacity to support a diverse, thriving array of life. It may also mean that Earth is unique in its ability to do so.

Dr. Otis Graf
Otis Graf received his PhD in Aerospace Engineering from the University of Texas at Austin in 1973. He worked at the NASA Johnson Space Center and for IBM Government Systems. After retiring from IBM, he now serves as an online instructor for Reasons Institute and is living in Katy, Texas.

Subjects: Astronomy, Exoplanets
Dr. Jeff Zweerink
While many Christians and non-Christians see faith and science as in perpetual conflict, I find they integrate well. They operate by the same principles and are committed to discovering foundational truths. Read more about Dr. Jeff Zweerink.

IF YOU ENJOY THIS SITE PLEASE TELL OTHERS ABOUT US…SHARING IS CARING
SHOW YOU CARE, COMMENT AND SHARE (BELOW)
The views expressed and information presented in this article are those of the author and their sources – If you wish to republish this article please include full attribution to this site (BENDEDREALITY.COM) and the author of the article – If you are interested in being a guest writer for our site, please CONTACT US and let us know (EXPERIENCE NOT MANDATORY).