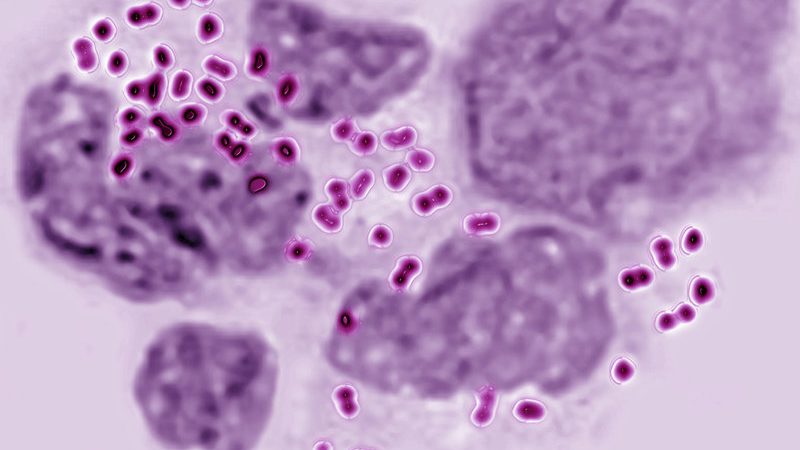 We are running out of ways to treat gonorrhea, the World Health Organization announced today.

The U.N. health agency released new guidelines warning doctors that it no longer recommends an entire class of antibiotics, quinolones, because quinolone-resistant strains of the disease have emerged all over the world.

Instead, the health agency recommends using cephalosporins, another class of antibiotic. The new protocol replaces guidelines that had not been changed since 2003.

According to the WHO, 78 million people are infected with gonorrhea every year.

Worldwide, health officials are concerned that overuse of antibiotics for other infections, such as urinary tract infections, will lead to widespread, untreatable strains of gonorrhea. In 2011, a super-resistant strain showed up in Japan.

As NPR’s Rob Stein has reported:

“Gonorrhea has been plaguing humanity for centuries. But ever since penicillin came along a dose of antibiotics would usually take care of the disease.

“But one by one, each of those antibiotics — and almost every new one that has come along since — eventually stopped working. One reason is that the bacterium that causes gonorrhea can mutate quickly to defend itself, Zenilman said.

“‘If this was a person, this person would be incredibly creative,’ he said. ‘The bug has an incredible ability to adapt and just develop new mechanisms of resisting the impact of these drugs.'”

The WHO shift to the new class of antibiotics will not fix that overall problem of bacterial creativity. In some countries, strains of gonorrhea are already resistant to the newly recommended class of drugs.

The U.S. Centers for Disease Control and Prevention warned back in 2012 that one of two drugs in the class of antibiotics the WHO now recommends, cephalosporins, was in danger of becoming useless to treat gonorrhea, at least in the U.S, and recommended that doctors stop prescribing it.

Since then, the CDC’s recommended treatment for gonorrhea has been a dual therapy, with the two antibiotics ceftriaxone and azithromycin, but an analysis in July warned that the bacteria could even become resistant to that combination.

As for when antibiotic options will run out altogether, Teodora Wi of the WHO’s Department of Reproductive Health and Research tells the journal Science, “We will have to have new drugs in 5 years, I think.”

The U.S. government is spending millions of dollars through the CDC and National Institutes of Health to develop new antibiotics and combat resistance.

The WHO also revised its guidelines for treating two other sexually transmitted infections, chlamydia and syphilis. Neither is facing severe antibiotic resistance. Syphilis, for example, can be treated with a single dose of penicillin, although there is a worldwide shortage of the drug.

Although all three sexually transmitted diseases affect both men and women, they can have particularly devastating effects on women if they are not treated. Gonorrhea can cause pelvic inflammatory disease and lead to dangerous ectopic pregnancies. Syphilis can pass from a pregnant woman to her fetus, and chlamydia can make it difficult for a woman to get pregnant.