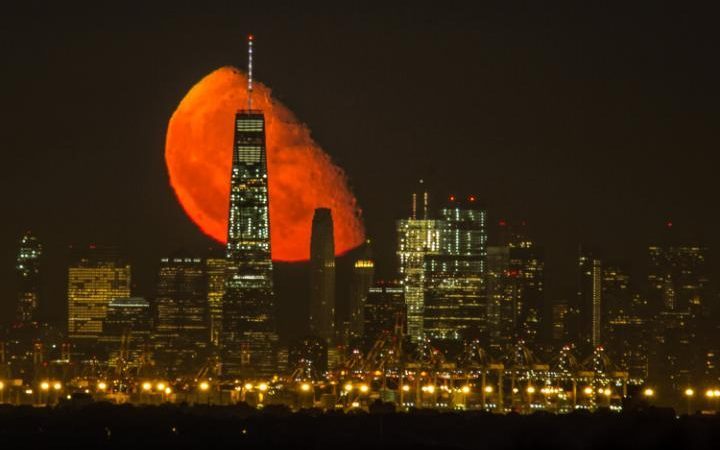 Please read my “editor’s comment” at the end of this article where I share the possibilities I feel could be causing this rather sudden trend of governments warning their citizens to prepare.

With ISL reporting that yet another government, the Czech Republic, is warning their people to “prepare for the worst,” joining the growing list of governments across the globe that have issued similar warnings, including the U.S and more recently Germany, we are brought back to the questions of what exactly are they worried enough about to issue instructions to start “preparing,” all within the last few months?

In Germany the plan to instruct their populace to prepare was in case of an “attack or catastrophe,” and when Barack Obama told U.S. citizens to “be prepared” for disaster, it was timed with the Cascadia Rising 2016 drill, along with the unveiling of a FEMA app, and a look at the current seismic activity across the globe, the active and erupting volcanoes, the increasing strength and frequency of earthquakes, we have to wonder if these governments aren’t issuing these warnings because they are expecting a series of megaquakes.

According to this real time map, created by Mapbox using USGS earthquake data feed, there have been over 8,600 tremors detected worldwide over the past month alone, with over 1,600 tremors detected just this past week, just to put the massive amount of seismic activity occurring now into context.

Just days ago we woke to the news that at least 250 people were killed, with others believed to be trapped in rubble after a 6.2-magnitude quake struck at 3.30am local time near Norcia in Umbria, central Italy, with scenes described as hellish and witnesses saying it looked like “Dante’s inferno,” with four towns almost wiped off the map, according to The Daily Mail.

Following that a 6.8-magnitude hit central Burma. These follow the news last week of a powerful 7.4-magnitude quake shook the Southern Atlantic Ocean, according to the USGS.

The point being… we are seeing a unusual amount of activity, specifically major earthquakes and a number of active and/or erupting volcanoes.

Both volcanoes and earthquakes are the result from the movement of tectonic plates, and scientists, such as Jonathan Snow, a volcanologist at the University of Houston, have previously stated that earthquakes often foretell volcanic activity, stating “It’s very common for the two to be linked. Volcanic eruptions are usually preceded by earthquakes large and small.”

For those interested in how plate tectonics are connected to earthquakes, volcanoes and subsequent tsunamis, the short documentary below offers a great explanation.

In noting the recent warnings from multiple governments over the past few months, in conjunction with the increase of large earthquakes occurring, ANP reached out to a source more familiar with the topic of earthquakes and volcanoes and were told via email that what is happening in the Azores, the Canary Islands, along with the 7.4 in the Southern Atlantic are “very troubling,” which is indicating “something very unstable happening,” and telling me “I can’t remember this much concurrent activity on the mid Atlantic ridge, let alone a major quake of the magnitude that hit 300 plus miles north of Antarctica.”

That instability and specific mention of the Canary Islands leads us to the topic of the Cumbre Vieja volcano which is an active although dormant volcanic ridge on the volcanic ocean island of Isla de La Palma in the Canary Islands, Spain, that erupted twice in the 20th century – in 1949, and again in 1971. (Source)

In 2011 a peer-reviewed paper by Steven N. Ward from the Institute of Geophysics and Planetary Physics, University of California, Santa Cruz California, USA, and Simon Day from Benfield Greig Hazard Research Centre, Department of Geological Sciences, University College, London, UK, titled “Cumbre Vieja Volcano — Potential collapse and tsunami at La Palma, Canary Islands, sparked a vigorous debate among the scientific community, when they found, according to their abstract summary that “Geological evidence suggests that during a future eruption, Cumbre Vieja Volcano on the Island of La Palma may experience a catastrophic failure of its west flank, dropping 150 to 500 km3 of rock into the sea. Using a geologically reasonable estimate of landslide motion, we model tsunami waves produced by such a collapse. Waves generated by the run-out of a 500 km3 (150 km3 ) slide block at 100 m/s could transit the entire Atlantic Basin and arrive on the coasts of the Americas with 10-25 m (3-8 m) height.

You can hear one of the authors of that controversial paper, Simon Day, among others, explain their findings below:

Via the video description:

Americas East Coast Megatsunami Canary Islands Geologists S. Day and S. Ward consider that a megatsunami could be generated during a future eruption involving the Cumbre Vieja on the volcanic ocean island of La Palma, in the Canary Islands.

In 1949, the Cumbre Vieja volcano erupted at its Duraznero, Hoyo Negro and San Juan vents. During this eruption, an earthquake with an epicentre near the village of Jedy occurred. The following day Rubio Bonelli, a local geologist, visited the summit area and discovered that a fissure about 2.5 km long had opened on the eastern side of the summit. As a result, the western half of the Cumbre Vieja (which is the volcanically active arm of a triple-armed rift) had slipped about 2 m downwards and 1 m westwards towards the Atlantic Ocean.

The Cumbre Vieja volcano is currently in a dormant stage, but will almost certainly erupt again in the future. Day and Ward hypothesize that if such an eruption causes the western flank to fail, a megatsunami will be generated.

La Palma is currently the most volcanically active island in the Canary Islands Archipelago. It is likely that several eruptions would be required before failure would occur on Cumbre Vieja.[12][13] However, the western half of the volcano has an approximate volume of 500 km3 (5 x 1011 m3) and an estimated mass of 1.5 x 1015 kg. If it were to catastrophically slide into the ocean, it could generate a wave with an initial height of about 1,000 metres (3,281 ft) at the island, and a likely height of around 50 metres (164 ft) at the Caribbean and the Eastern North American seaboard when it runs ashore eight or more hours later. Tens of millions of lives would be lost as New York, Boston, Baltimore, Washington D.C., Miami, Havana, and many other cities near the Atlantic coast are leveled.

The Cumbre Vieja volcano is just one of many examples of why those paying close attention to the increase of larger magnitude earthquakes are also keeping a very close eye on volcanic activity around the world, because just one megaquake could set off a chain reaction that could quite literally affect the majority of global community.

With predictions for the “big one” hitting the West Coast, to the massive activity seen at The Ring of Fire, to the more recent 7.4 magnitude earthquake shaking the Southern Atlantic, and the devastation in Italy this morning, there seems to be potential danger from every direction, so we can understand why countries around the globe are warning their people to “prepare for the worst,” but we cannot explain why they are doing so in just the past few months when there didn’t seem to be the same sense of urgency before that.

Makes us wonder, what do they know that we don’t?

I won’t go too much into detail on each possibility but from what I’ve been seeing this could be quite a few different individual reasons or perhaps a combination of of any or all of them.

There have been rumors of U.S. president Obama possibly admitting to Alien (E.T.) existence just before he finishes his final term. This would certainly lead to some of the masses reacting in panic which likely would lead to chaos and so a suggestion or warning to prepare would certainly be appropriate. – ‘IT’S COMING’ The UFO Truth Legacy More Profound Than Christ Which Obama May Trigger

AS for the Earthquake disaster possibility, well I believe this could also be quite possible based on what I’ve been reading lately. In addition to what AllNewsPipeline mentioned, there is also this report we just posted prior to this article that mentions that an expert is warning of high probability of over due high magnitude quakes along ALL of Earths Major Fault lines: ‘No One In The World Is Safe’: Expert Warns Of Overdue High Magnitude Earthquakes Along Earth’s Major Fault Lines

Or then there’s always the possibility that reports like this may have something to do with it:
BLOOD MOON: Is Doomsday Planet Nibiru Coming After ‘Finally Being Captured On Camera’?

CERN (LHC) experiments also may have something to do with this warning, especially since these are European countries mainly (so far) putting out these warnings. – There of course was the recent CERN sacrifice deal. But there is also this:
Strange Weather And The MoEDAL Experiment At CERN

or perhaps this: What Portal Did CERN Open Now? Strange Cloud Phenomenon Above the LHC

I offer one more final possibility. Could it be that the governments of the world have gotten proof of time travel and this may somehow be leading to or will lead to some catastrophic event?

Have Time Travelers Been Sent Back To Stop Donald Trump? Shockingly the Data Points To Yes!

It may be anyone of these things or all of them or even none of them. But something odd certainly seems to be transpiring.