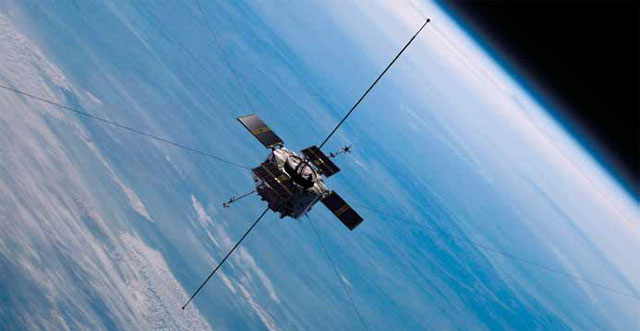 The ride might seem pretty smooth but the pull of the moon and the sun actually causes the earth to wobble as it heads around the sun and can throw GPS readings out.

GPS relies on orbiting satellites but this wobble means they are not completely accurate. Currently, readings can be out by as much as 5 to 10 centimetres director of AUT’s Institute for Radio Astronomy and Space Research Professor Sergei Gulyaev says.

Correcting GPS for accuracy relies on around 20-30 radio telescopes around the globe monitoring the rotation of the earth in relation to stable quasars – the most remote objects in the Universe.

Hundreds of quasars are monitored and this network makes up the International Celestial Reference Frame (ICRF). The position of all the planets, including earth, is determined by the ICRF.

Ideally corrections should be done each day but this is not very accurate with the current system which uses supercomputers based in Bonn in Germany and Washington DC in the United States. High accuracy can take days or weeks, Gulyaev says.

Now members of AUT University’s Institute for Radio Astronomy and Space Research have devised an international trial to see if they have come up with a faster, more accurate system relying on cloud computing.

AUT software engineer Stuart Weston hit on the idea a couple of years ago and, after perfecting it, the Warkworth team now have the go ahead to take the Long White Cloud Correlator system for a spin using radio telescopes across several continents in Australia, Japan, Sweden, Germany and China. This could reduce inaccuracies to just 1 to 2 centimetres.

Operating at 100 Gigabit’s per second New Zealand’s research and education network REANNZ can shunt data around 100 times faster than the correlation centres in Germany and USA.

REANNZ is a big part of the trial system as is New Zealands Catalyst IT’s Cloud where the data would be correlated to give the desired corrections.

“German researchers will continue to process the data in the conventional way so we can compare the results.” Gulyaev says.

“The cloud way of doing it would allow it to be done very accurately and close to real time.”

The connection that plugs the Warkworth observatory into the REANNZ network currently operates at 10 gigabit’s per second but can be upgraded.

Results of the trial should be known within days.