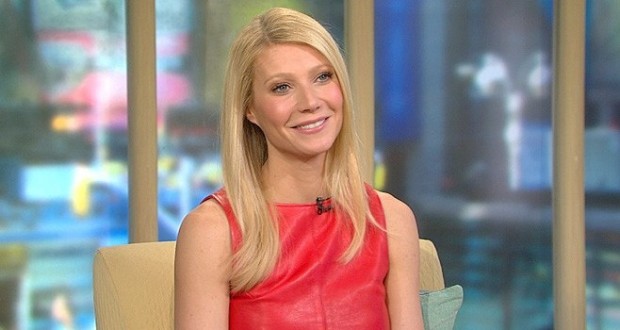 Actress Gwyneth Paltrow has urged the public to educate themselves on the dangers of cell phone radiation and Wifi.

In a blog post on her website entitled: ‘Are Cell Phones and WiFi Signals Toxic?’, the Hollywood actress claims that these new inventions may be responsible for the surge in brain cancers.

Can one celebrity help wake up the world?
She writes: ‘The scientific community’s rumblings about brain cancer and the new-to-us affliction “electro-sensitivity” are worth exploring, at the very least, so we tapped three experts in the field.”
‘To help her readers understand the complicated and messy world of cell phone and WiFi safety,’ Gwyneth Paltrow consulted Dr. David Carpenter, Ann Louise Gittleman, and Dr. Devra Davis on the issue.

In 2011 the World Health Organization classified cell phone radiation as possibly carcinogenic. Ann Louise Gittleman points out that since that time “numerous scientific papers have built the case that the classification should be upgraded to a ‘Probable Carcinogen’ or even ‘Carcinogen’”.
Cell phone radiation exposures have been associated with many different types of cancer, the best known being brain tumors. The relationship is simple, the longer the hours of cell phone use, and years of use, the greater the risk of cancer.

Industry claims are false, low power does not mean cell phones are safe

The truth is that talking or texting on a cell phone uses the same kind of electromagnetic field radiofrequency radiation as a microwave oven. The telecoms industry often argues that cell phone emissions are not dangerous because there isn’t sufficient power involved. But studies show it is the continued exposure to these low level emissions, which may be the problem.
The greater issue is that studies indicate certain effects, like neuron death in the brain and increased blood brain barrier permeability are even more likely to occur at the lower output of a cell phone. These risks are increased for those who began cell phone use as a teenager or younger.

Dr. Devra Davis of the Environmental Health Trust says, “current Government limits do not account for the unique physiology of children”. Current FCC safety recommendations are 19 years old. These safety recommendations offer safety limits calculated on a 6 foot 2 inch male body. They do not take into account the shorter arms, thinner skins and greater fluid content of children and young people.
Added to this the brains and immune systems of children are still developing – so even low level exposures can interrupt normal brain or reproductive development. Dr. Davis explains, “those differences will cause children to absorb relatively more radiation”.

WiFi can be just as dangerous as cell phone radiation

Ann Louise Gittleman explains that, “with time, communications technologies are getting more powerful and tremendously more complex with changing patterns of biological exposures.”
The first generation of WiFi, which was introduced in the late 1990s, had a data rate of 2 Mbps. Third generation WiFi, introduced in about 2002, had a data rate of 54 Mbps. Compare this with 5th generation WiFi, introduced in 2012, which has a data rate of 3 Gbps – that’s 55x faster than the 3rd generation!
Dr. David Carpenter comments, “a WiFi computer classroom where 30 kids are on wireless laptops all receiving from one large router, will result in significant exposure to everyone in the room”.

How to protect yourself from EMF exposures

1. Make your bedroom a “safe haven” from EMF exposures. Unplug and disable all electronic equipment for better sleep and regeneration.
2. Remove all forms of wireless from your home, including WiFi and cordless phones. Replace with a hard-wired computer connection and a corded phone.
3. Practice safe cell phone use. Keep calls to an absolute minimum and disable wireless connections when you are not using your phone.

It’s not that hard to deal with your EMF exposures. Often it is just a matter of changing a few habits and making smarter choices about how and when you use technology. Yet, due to habits, many people put off making these changes to their lifestyle.
Dr. Davis comments, “I believe that people are waking up to this issue more than ever before. Once they understand how simple it is to reduce exposure, they start making safer choices”.

About the author: Lloyd Burrell is the founder of ElectricSense.com. His website offers solutions to the growing number of people whose health is being compromised by exposure to wireless and similar technologies. Download his free EMF Health Report today!

You may want to also read: The Dangers of Cell Phone Radiation