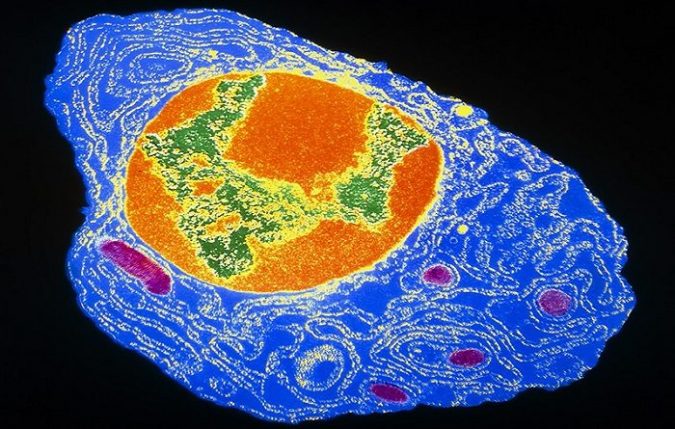 Had COVID? You’ll Probably Make Antibodies for the Remainder of Your Life

By Ewen Callaway
via Nature

People who recover from mild COVID-19 have bone-marrow cells that can churn out antibodies for decades, though viral variants could dampen some of the protection they offer.

Many people who have been infected with SARS-CoV-2 will probably make antibodies against the virus for most of their lives. So suggest researchers who have identified long-lived antibody-producing cells in the bone marrow of people who have recovered from COVID-19.

The study provides evidence that immunity triggered by SARS-CoV-2 infection will be extraordinarily long-lasting. Adding to the good news, “the implications are that vaccines will have the same durable effect,” says Menno van Zelm, an immunologist at Monash University in Melbourne, Australia.

Antibodies — proteins that can recognize and help to inactivate viral particles — are a key immune defence. After a new infection, short-lived cells called plasmablasts are an early source of antibodies.

But these cells recede soon after a virus is cleared from the body, and other, longer-lasting cells make antibodies: memory B cells patrol the blood for reinfection, while bone marrow plasma cells (BMPCs) hide away within bones, trickling out antibodies for decades.

“A plasma cell is our life history, in terms of the pathogens we’ve been exposed to,” says Ali Ellebedy, a B-cell immunologist at Washington University in St. Louis, Missouri, who led the study, published in Nature on 24 May.

Researchers presumed that SARS-CoV-2 infection would trigger the development of BMPCs — nearly all viral infections do — but there have been signs that severe COVID-19 may disrupt the cells’ formation2. Some early COVID-19 immunity studies also stoked worries, when they found that antibody levels plunged not long after recovery3.

To identify the source of the antibodies, Ellebedy’s team collected memory B cells and bone marrow from a subset of participants. Seven months after developing symptoms, most of these participants still had memory B cells that recognize SARS-CoV-2. In 15 of the 18 bone-marrow samples, the scientists found ultra-low but detectable populations of BMPCs whose formation had been triggered by the individuals’ coronavirus infections 7 to 8 months before. Levels of these cells were stable in all five people who gave another bone-marrow sample several months later.

“This is a very important observation,” given claims of dwindling SARS-CoV-2 antibodies, says Rafi Ahmed, an immunologist at Emory University in Atlanta, Georgia, whose team co-discovered the cells in the late 1990s. What’s not clear is what antibody levels will look like in the long term and whether they offer any protection, Ahmed adds. “We’re early in the game. We’re not looking at 5 years, 10 years after infection.”

Ellebedy’s team has observed early signs that Pfizer’s mRNA vaccine should trigger the production of the same cells4. But the persistence of antibody production, whether elicited by vaccination or infection, does not ensure long-lasting immunity to COVID-19. The ability of some emerging SARS-CoV-2 variants to blunt the protective effects of antibodies means that additional immunizations may be needed to restore levels, says Ellebedy. “My presumption is we will need a booster.”