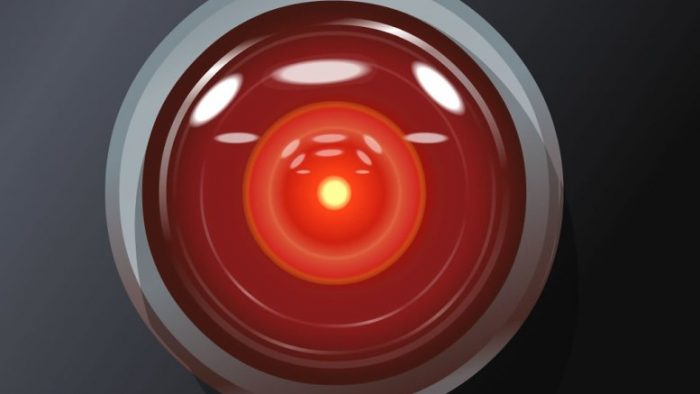 “Think of 2001: A Space Odyssey and the most memorable character, HAL 9000, having a conversation with David. We are essentially building this system. We are building HAL.” – NSA researcher

In a little noticed bombshell report by James Bamford in 2009, it was revealed that the NSA’s massive database of information, including social media, was being used to create an artificial intelligence system that would “…one day be possible to know not just where people are and what they are doing, but what and how they think.” There is a virtual copy of you in a computer right now, with propaganda being tested on you in real time. Meanwhile, Facebook plans to physically integrate tech into your brain.

“With the entire Internet and thousands of databases for a brain, the device will be able to respond almost instantaneously to complex questions posed by intelligence analysts. As more and more data is collected-through phone calls, credit card receipts, social networks like Facebook and MySpace, GPS tracks, cell phone geolocation, Internet searches, Amazon book purchases, even E-Z Pass toll records – it may one day be possible to know not just where people are and what they are doing, but what and how they think…

“Known as Aquaint, which stands for “Advanced QUestion Answering for INTelligence,” the project was run for many years by John Prange, an NSA scientist at the Advanced Research and Development Activity. Headquartered in Room 12A69 in the NSA’s Research and Engineering Building at 1 National Business Park, ARDA was set up by the agency to serve as a sort of intelligence community DARPA, the place where former Reagan national security advisor John Poindexter’s infamous Total Information Awareness project was born.”

A similar program supported by the DoD is called The Sentient World Simulation, a “virtual planet earth”. The SWS program allows for behavior modification and anticipation on a scale unknown at any time prior to its existence. By integrating “nodes” representing every man, woman, and child on earth into a virtual world, propaganda, terrorist attacks and other variables can be launched at the unsuspecting virtual population. SWS was originally designed for fortune 500 companies to aid with strategy.

“the US Department of Defense (DOD) may already be creating a copy of you in an alternate reality to see how long you can go without food or water, or how you will respond to televised propaganda.”

These systems are being built using machine learning that is advancing by absorbing information you post on social media. Every time we post, we make the A.I. stronger. Now, Facebook is developing technology that will literally draw the data directly from your brain.

A 2017 report revealed that at Facebook’s secretive “Building 8”, brain-machine interfaces are being developed.

Regina Dugan, a former DARPA employee, is the head of building 8. She said during a presentation:

“Your brain is capable of producing about one terabyte per second. About 40 HD movies are streaming in your brain every second… Herein lies the problem: How do I get all of that information out of my brain and into the world? What are my choices?”
Science fiction technology is now being used to control the masses.