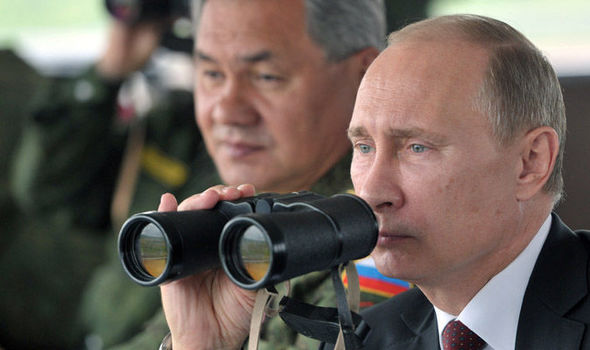 HUGE military drills on the border between Russia and NATO have sparked rumours a global conflict on a scale not seen since the 1940s may have already begun.

Fears have grown in the wake of several large-scale military exercises in the Baltic States and eastern Europe.

June’s Anakonda 2016 was the largest war game in the region since the end of the Cold War.

The 10-day exercise saw more than 31,000 participants from 24 nations gather in Poland in a display of strength.

Speculation over a new cold war has heightened in recent days with the deployment of Russia’s northern naval fleet to the Mediterranean.

The eight-strong attack flotilla passed the coast of the UK and triggered strongly-worded responses from NATO and Europe’a military powerhouses.

The massing of troops for a military drill was used as a cover by the Kremlin in 2014 when they annexed Crimea.

Russia’s military announced plans for more than 2,000 air, sea and land exercises over the summer.

The programme includes dozens of large-scale manoeuvres and anti-terror drills, at a time when Nato is also carrying out its own exercises in eastern Europe.

Russia’s defence minister said the drills would be carried out from now until the end of October, with nine of them involving partnerships with foreign countries including Belarus and Mongolia.

The largest exercise was carried out in September in south-west Russia, while Russia’s involvement in the Syria conflict has given its armed forces valuable experience in real-life combat.

Nato officials have accused Russia of secretly gathering troops at Europe’s border by pretending to carry out training drills. 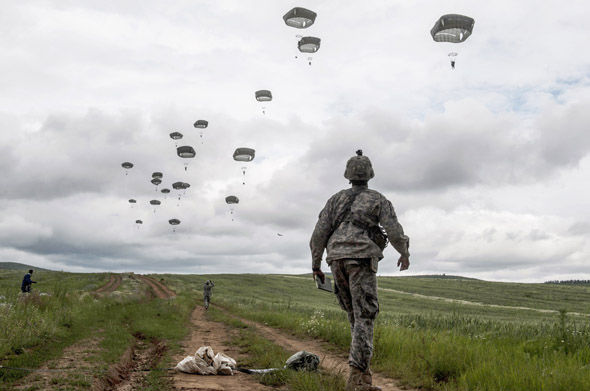 In February 2014, Russia used the guise of a ‘snap exercise’ to mass 38,000 troops near the Ukrainian border.

A few days later, those same troops took part in the annexation of Crimea.

Russia has carried out at least a dozen of the so-called snap exercises, called at short or no notice, over the past two years.

In Asia, the US and the Philippines are conducting joint exercises and new military partnerships are forming between former enemies including Pakistan and Russia.

For the first time in modern history the two Cold War enemies will be conducting training exercises together.

The exercise also sends a message of defiance to America, which has also seen relations with Pakistan cool over recent years.

During the Cold War, the Soviet Union was allied with Pakistan’s arch-enemy India, while the US was a staunch supporter of Pakistan.