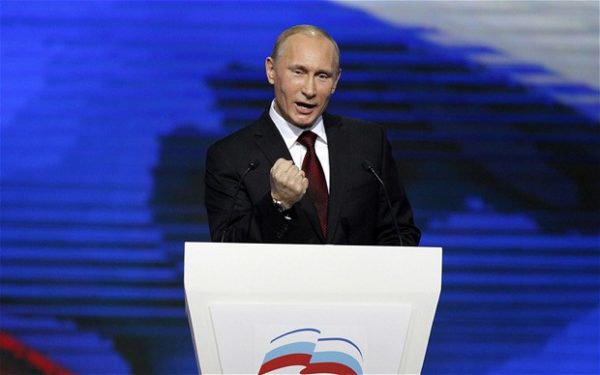 HERE’S WHY VLADIMIR PUTIN IS THE LEADER OF RUSSIA: The Day Putin became Head of State – December 31st, 1999 – VIDEO

Vladimir Putin has definitely done a lot for his country ever since he became a president. Russia is now among the most successful countries in the world.

There is no consensus on all the reasons behind Yeltsin’s resignation, however, this clip features his last address to the nation on 31 December 1999.

After a number of heart attacks, he was in poor health and with slurred speech. It is also believed that he left the country in worse shape than he found it in, with the collapse of the USSR.

In addition to this, the Chechen wars had brought civil conflict and international terrorism to Russian territory, the 1998 financial crisis had destroyed the economy and personal savings, while at the same time, Russia was hugely indebted to the International Monetary Fund and World Bank.

One of the first things Putin had done in his role as President was to repay IMF loans in full, much ahead of schedule so that no outside organisation had leverage over Russia’s policies. Similarly, he had quashed the CIA/Saudi Wahhabism-influenced conflicts in Chechnya, by empowering a local leader, Akhmad Kadyrov.

Putin’s address as acting President of the Russian Federation in 1999 came as a complete surprise to much of the country. How did he achieve this? What are your thoughts?