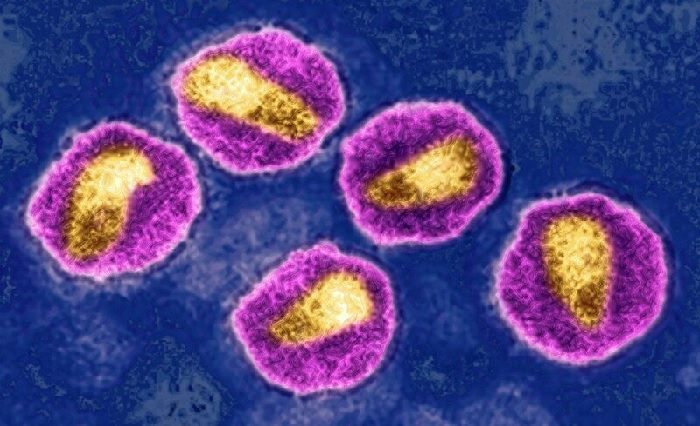 “HIV is one of the fastest-mutating viruses ever studied — versions of the virus vary from person to person and sometimes even in a single individual.”

by Giorgia Guglielmi
via Nature

A highly transmissible and damaging variant of HIV has been circulating in the Netherlands for decades, researchers have found.

An analysis of more than 100 infected people suggests that the variant boosts the number of viral particles in a person’s blood, making them more likely to transmit the virus. The variant also seems to lead to a reduction in immune cells called CD4 T cells, so infected people are at risk of developing AIDS much more rapidly than those with other versions of HIV.

The emergence of a more virulent form of HIV is “a reason to stay vigilant”, but it’s not a public-health crisis. The mutations found in the new variant don’t make it resistant to existing HIV drugs, says Joel Wertheim, an evolutionary biologist and molecular epidemiologist at the University of California San Diego. “All of the tools in our arsenal should still work,” he says.

The findings, published in Science on 3 February1, serve as a reminder that viruses do not always evolve to become less virulent over time. Reports that infections with the Omicron variant of SARS-CoV-2 tend to cause mild COVID-19 symptoms have fuelled the narrative that the virus is becoming less deadly. “This is not how it works,” says Emma Hodcroft, a molecular epidemiologist at the University of Bern. Although HIV and SARS-CoV-2 are different in many ways, “it’s not a given that SARS-CoV-2 will become milder”, Hodcroft says.

HIV is one of the fastest-mutating viruses ever studied — versions of the virus vary from person to person and sometimes even in a single individual. Previous research has documented changes in HIV’s overall virulence, but these changes are usually a result of many strains acquiring different mutations. The Science study is a striking example of how changes in virulence can be driven by several mutations in a single HIV strain, Wertheim says.

Compared with people infected with other HIV strains, those infected with the new variant had up to 5.5 times more virus in their blood, and their CD4 T cells dwindled nearly twice as fast. A drop in CD4 T cells, which help to coordinate the body’s immune response to infections, is a tell-tale sign that HIV has damaged the immune system.

The researchers estimate that, without treatment, people infected with this variant would develop AIDS within 2-3 years after diagnosis, compared with 6-7 years for those infected with other HIV strains.

Using genome sequences, the researchers traced evolutionary relationships between HIV variants to determine how fast the virus had spread. People infected with the newly discovered variant shared closely related versions of the virus, which suggests that the variant moves from person to person quickly, says study lead author Chris Wymant, an evolutionary epidemiologist at the University of Oxford, UK.

Wymant and his colleagues estimate that the variant arose in the 1990s in the Netherlands and spread quickly during the 2000s. Its circulation has been declining since around 2010 — probably as a result of the country’s efforts to curb HIV transmission, Wymant says. Two people in other countries were found to have the variant — one in Switzerland, and one in Belgium — but so far, no cases have been identified further afield.

“We are not overly worried about this new variant,” says Meg Doherty, director of the Global HIV, Hepatitis and Sexually Transmitted Infections Programmes at the World Health Organization. But the team’s findings underscore the need for pandemic preparedness and surveillance to detect, characterize and respond to new versions of pathogens, she adds.