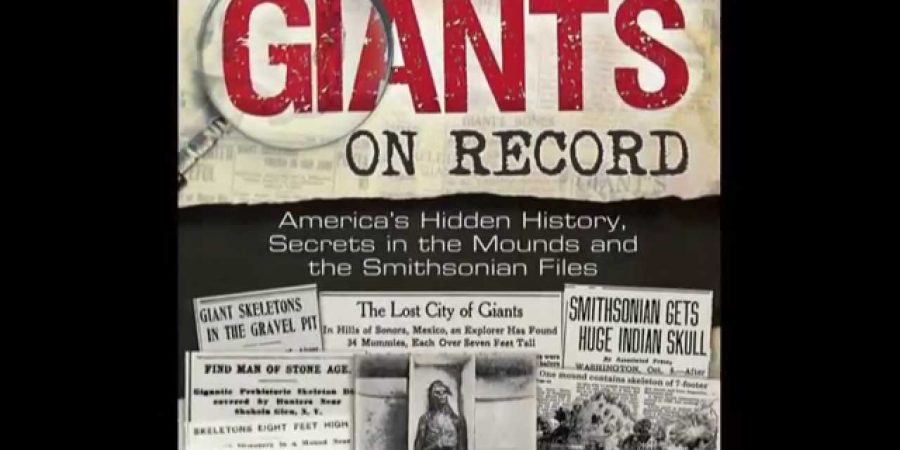 But how many know the rest of the verse, which gets a little dark:

“I smell the blood of an Englishman/ Be he alive, or be he dead/ I’ll grind his bones to make my bread.”

What the hell kind of bedtime story is that?

Actually, it derives from the early 18th century tale of Jack and a cannibalistic giant called “Jack the Giant Killer.” The origins of that can be traced through oral histories to prehistoric England, when giants may have roamed not just the UK, but the Earth.

The 16th century scribe, Raphael Holinshed, wrote in “Chronicles of England, Scotland and Ireland,” that Britain’s oldest acknowledged name was taken from a prehistoric king named Albion, who ruled a race of giants that dominated the UK for hundreds, possibly thousands of years B.C.

The Bible is filled with stories of Middle Eastern giants, including the Nephilim tribe that spawned the Amorites, Emim and Anakim, who the Sumerians called the Annunaki.

Marco Polo wrote of encountering giants in Zanzibar who were “so strong they can carry as many as four ordinary men.” Mid-20th century journalist Glenn D. Kittler said of the Watusi tribe east of the Congo, “Men towering 7 or 8 feet are a common sight.”

Reputable accounts of giants come from all over the world, says Hugh Newman, co-author with Jim Vieira of “Giants On Record: America’s Hidden History, Secrets in the Mounds and the Smithsonian Files.” An extinct, genetically distinct subspecies of Homo sapiens was discovered just a decade ago in a Denisova Cave in Siberia. Called the Denisovans, they lived from 50,000 to 300,000 years ago and “are known to be very, very tall,” says Newman. And their descendants could have wandered as far west as North America.

Newman, who is described on ancient-origins.net as a world explorer, megalithomaniac and author, will talk about the Nephilim, the Denisovans and giants in general Friday in a lecture titled “Giantology: Scientific Evidence For A Worldwide Culture Of Giants in Prehistory” at the annual Contact in the Desert conference in Indian Wells.

The conference runs May 30-June 3 with field trips, talks and workshops on UFOs, ancient aliens, forbidden archaeology and more.

He gave the long and short of giantology in a recent telephone interview from England.

THE DESERT SUN: So, when did giants roam the earth?

NEWMAN: We’re looking at different eras, really. In North America, we’ve got dating that goes back around 10,000 years, right up to the 1900s when giants have been witnessed. It’s quite a large range, but generally, it’s anywhere from around 1000 B.C. to around 900 A.D.

How tall are we talking?

Anywhere between 7-foot – that’s the lower limit of what we call a giant. We have one account of up to 18 feet, but we don’t think that’s for real. Probably about 14 foot.

Would you call the giants a different species of Homo sapiens? In other words, if you did a 23 and Me test of DNA, could you find evidence of giants that could distinguish them from other ancestors?

Not really, no. There is one (piece of evidence) we get. We have elements of up to 3 or 4 percent of Denisovan DNA within some tribes in the northern areas of North America, some of the Algonquin-speaking tribes. So, it’s thought that maybe these tall ancestors came into the Americas a very long time ago.

I believe so, yeah. But we don’t really know because we can’t get access to (many) bones or DNA because of the NAGPRA Act – the Native American Grave Protection and Repatriation Act (requiring institutions that receive federal funding to return Native American cultural items to their descendants). Since 1990, it’s been almost impossible to gain access to anything to do tests. It’s one of the reasons we call the book, “Giants On Record” because we had to use the records as the evidence rather than the bones, even though we have many, many academics who actually dug them up and reported them. I personally don’t think they’re alien-human hybrids or anything like that, but, if you look into the legends and oral traditions of the Native Americans, you’ll find accounts of them interbreeding with the star people – people from the sky. There are stories within some of the same tribes that ended up being giants. So, it is quite strange.

Where did most of the giants roam this continent?

Most of the accounts in North America have to do with the mound culture (in which North American communities over a 5,000-year period built earthen mounds for ceremonial and elite residential purposes), based around the Ohio Valley, down the Mississippi (River) and splitting into different parts of the country. Whether they’re the Adenas, who are the earliest (from 500 B.C.E to 100 A.D. in southern Ohio), or the Hopewell (known as the Mound Builders, from 200-500 B.C.) or the Fort Ancient (who built the Alligator and Serpent mounds in Southern Ohio, 1000-1750 A.D.), we have mound culture sites going back to 4,000 B.C. And we have very early evidence of giants in the Southwest that have nothing to do with mounds. We have red-haired mummies found in Lovelock Cave in Nevada (discovered in 1911 and corresponding to Paiute oral history about a tribe of giant cannibals). Also down that way you have the Spirit Cave Mummy (discovered in 1940 east of Fallon, Nevada and linked by DNA to the Fallon Paiute-Shoshone tribe), which is known to be 9,000 or 10,000 years old. So, perhaps these skeletons are that old. Ross Hamilton, who we call the godfather of giantology, was in touch with Vine DeLoria Jr., a Native American scholar and activist, and Vine DeLoria Jr. had access to all these elders who shared their stories going far back … 12,000 to 13,000 years ago. There are stories of mammoths hanging out with giant humans. In fact, one of the stories we feature from Vine DeLoria Jr. is that they herd mammoths like we herd cattle.

There’s a guy who I believe found evidence of giants in Peru. (Brien Foerster, giving a workshop on “Peruvian Elongated Skull People: Human Subspecies or Hybrids?” at 2 p.m. Sunday). Do you know who I’m talking about?

They found these giant long skulls, but they’re not giants. I’ve seen them. They’re standard-sized humans but their skulls are very long. It’s mainly cranial deformation. We have accounts of actual giants being found in South America as well.

The Anunnaki actually come from the area of the Bible lands. So, you’re talking about Biblical traditions. There also were the Watchers (described in the Book of Enoch as angels who lived among humans before The Flood) and they were said to be giants. They later gave birth with human females to the Nephilim, who were the well-known giants a lot of people talk about. (Genesis 6:4). There’s not too much evidence of them in south Africa. They may have gone down to south Africa to mine for gold and minerals, and there is evidence down there of giant human beings. The interesting thing about that area is we have a tribe of humans that goes back at least 200,000 years called Homo heidelbergensis. These were known to routinely be over 7 feet tall, and this was reported by Prof. Lee Berger. Also, there was a gentleman called Prof. Francis Thackeray, who had a fossilized bone that was found in South Africa (from) someone who was twice the height of a human being. Homo Heidelbergensis are the early ancestors of the Denisovans, who have emerged more recently from the Altai mountains or Denisova Cave in Siberia. This is really big news at the moment. They found these thick skull fragments and large finger bones and very advanced bracelets, jewelry technology, at least 40,000 years old. The suggestion is they spread from the Denisovans (to) North America and other places. So, there’s a sequence here.

You must have a million questions about giants. What do you want to learn most?

Well, there are a couple of things. One is, why is this important chapter in human history being completely and utterly covered up? The other question is, if you look around the world, there’s always a connection between megalithic construction, mound culture-type sites and the giants. That was part of their traditions: building these sites. At Contact in the Desert, I talk about these two things specifically. If you go back to the time of the Bible, and the Anunnaki and the Watchers and the Nephilim, we have stories that recount that they were obsessive megalith builders and stone masons and metallurgists. There is so much mythology about this subject in folklore and oral traditions, and now there is evidence actually emerging that this is actually, genuinely a thing. We have 1,500 newspaper accounts in North America of giant bones and skeletons being unearthed. We have 17 accounts of 7- to 8-foot giants in the Smithsonian’s own scientific annual reports. The Maryland Academy of Science is talking about 9-foot giants. We have universities in Texas finding 36-inch circumference skulls and so on. There’s too much data to ignore that this is reality and the people who try to tell us that this is all sensational newspaper stories or exaggerated measurements are completely wrong.

It seems like giants are always associated with the bad guys. How did that happen? Was it because of Goliath?

It could be. But also a lot of British stories – Gogmagog (last of the Albion giants) and Jack the Giant Slayer – talk about these man-eating cannibalistic giants. You also have cannibalism linked to giants in tons of myths in North America. There were Native American tribes who had to protect themselves from these marauding cannabilistic savage giant tribes.

How did these tribes of giants die out?

They just got bred out of existence, I think. I don’t really know why or how. In North America, the people that lived on that continent before the Europeans arrived were decimated by small pox. Interbreeding and lifestyle changes (have contributed).

You must get a lot of skepticism about this. How do you deal with skeptic people?

We don’t worry about them too much. They always say, “Where are the bones?” We say, “The academics took them away.” I suggest they go and talk to the Smithsonian.