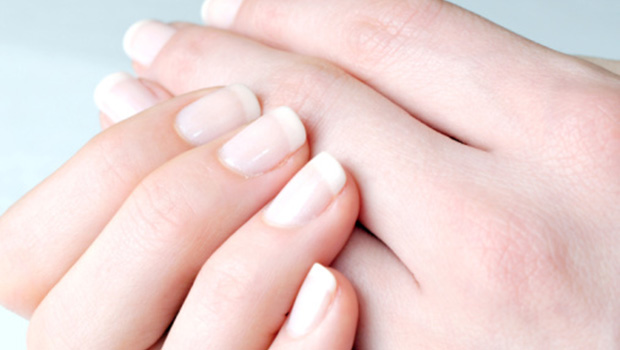 How Fingernail Lines Can Provide Clues to Your Health

When something is amiss, sometimes our bodies will let us know in an obvious way, like a headache or upset stomach. But all too often we forget that our bodies give us more subtle signs, too — like the lines on our fingernails. Read on and take a good look at your nails to find out what the lines say about your health.

Vertical lines are fairly common and usually nothing to worry about, according to Mayo Clinic. They tend to become more pronounced with age. You can think of vertical lines as wrinkles on your nails. They have to do with the body’s increasing inability to retain moisture as you get older. “There are many reasons for ridged nails but the most common is aging,” said Dr. Phoebe Rich to Huffington Post. “As we age, the nail matrix becomes atrophied in areas resulting in longitudinal ridging of nails.”

If the lines are evenly spaced, chances are they are harmless. However, on occasion, they can signify a vitamin deficiency or chronic disease, like rheumatoid arthritis. When you look at your nails, be sure to note how many lines there are. If there’s one streak, perhaps it’s just the result of a mild injury or biting your nails too hard. However, if there’s one very pronounced line and you don’t recall hitting your nail on anything, it could be a sign that a tumor is growing at the root of the nail, says Dr. Jessica Krant. Yikes! If this is the case, go see your doctor.

One more thing to remember: if the ridges appear quickly and they are growing over a short period of time, this could be a sign of lichen planus. It’s a rare skin condition that causes a rash, according to the American Academy of Dermatology. 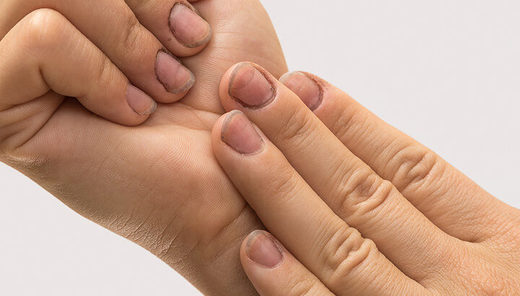 Horizontal fingernail lines could be a sign of chronic disease.

If you have one single horizontal line, perhaps that’s a leftover mark from a time when you were fighting off an illness. Essentially, this means that the nail growth process was interrupted by injury or sickness, and the proof lies in that indentation.

If there’s more than one, you might have a problem. Studies have shown that multiple horizontal lines could be a sign of a chronic issue. These types of ridges, also called Beau’s lines, may be a sign of any of the following:

If you’ve been mountain climbing lately, Beau’s lines (also called Everest nails) may be from hypoxia at high altitude. 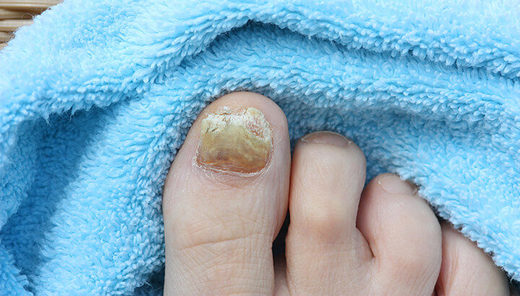 Fingernail lines aren’t the only clues into your health — you should always look at color too! Yellow fingernails or toenails may be a sign that your nails are separating from the nailbed. This symptom is associated with injury, infection, thyroid issues and psoriasis. It may also be a sign of a chronic respiratory disease, like bronchitis or lung cancer. Yellow nails also go along with swelling of the hands, called lymphedema. That’s not all: a yellow nail hue could be a side effect of prescription drugs, so make sure to check with your doctor.

If you feel fine other than the fact that your nails have a slightly yellowish hue, perhaps it’s the result of a new nail product (like nail hardener) or red nail polish. If you smoke cigarettes, that could also be the culprit — just another reason to quit.

Blue nails are a common side effect of medication, but they also may be a sign that something more sinister is afoot. If your nails are looking bluer than normal, that could be a sign of a lack of oxygen in the blood. This is common with COPD, asthma, anemia, peripheral arterial disease or even shock. Get checked out for this condition ASAP. 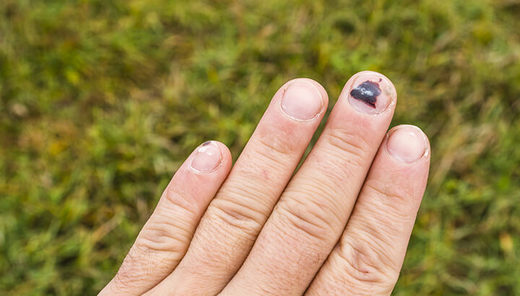 Black nails are normally harmless and the color typically goes away on its own.

Black or purple nails are common after an injury. The dark color is a sign that blood is pooling under the nail, and typically this is no reason to worry. The color should return back to normal on its own after a few weeks. If it doesn’t, you may need to have the blood drained by a doctor. If you didn’t have an injury, and your nail looks black, this could be a sign of melanoma.

This condition, also called Terry’s nails, is when most of the nail appears white except for a horizontal pink stripe near the top. It may be a sign of aging, but it can also be a symptom of liver disease, congestive heart failure, kidney failure or diabetes. Pale white nails could also be a sign of anemiaor a zinc deficiency. The only way to know for sure is to go and see your doctor, pronto!

Your fingernail lines and nail color can give you a lot of information about your overall health, if only you take the time to look. Make sure to give your nails a glance every now and again — your body will thank you for it.