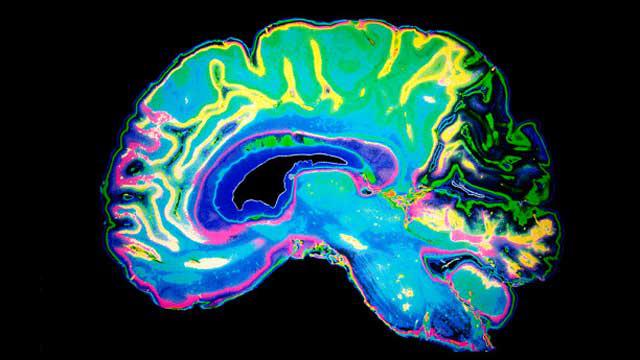 HOW HUMANS ENDED UP WITH FREAKISHLY HUGE BRAINS

There it was, sitting on the mantelpiece, staring at her with hollow eyes and a naked grin. She could not stop staring back. It looked distinctly like the fossilized skull of an extinct baboon. That was the sort of thing Josephine Salmons was likely to know. At the time—1924—she was one of the only female students of anatomy attending the University of the Witwatersrand in South Africa.

On this particular day she was visiting her friend Pat Izod, whose father managed a quarry company that had been excavating limestone near the town of Taung. Workers had unearthed numerous fossils during the excavation, and the Izods had kept this one as a memento. Salmons brought news of the skull to her professor, Raymond Dart, an anthropologist with a particular interest in the brain. He was incredulous. Very few primate fossils had been uncovered this far south in Africa. If the Taung site really housed such fossils, it would be an invaluable treasure trove. The next morning Salmons brought Dart the skull, and he could see that she was right: The skull was undeniably simian. Dart promptly arranged to have other primate fossils from the Taung quarry sent to him.

Later that year, as he was preparing to attend a close friend’s wedding, he received a large crate. One of the specimens it contained was so mesmerizing that he nearly missed the ceremony. It came in two pieces: a natural endocast—the fossilized mold of the inner cranium, preserving the brain’s topography—and its matching skeletal face, with eye sockets, nose, jaw and teeth all intact ( via artbell.com ). Dart noticed right away that this was the fossil of an extinct ape, not a monkey. The teeth suggested that the individual had died at age 6 or so. The point where the spinal cord had joined the skull was too far forward for a knuckle walker, indicating bipedalism. And the endocast, which was a little too large for a nonhuman ape of that age, had surface features characteristic of a human brain. After further study, Dart reached a bold conclusion: this was the fossil of a previously unknown ancestor of modern humans—Australopithecus africanus, the “Man-Ape of South Africa.”