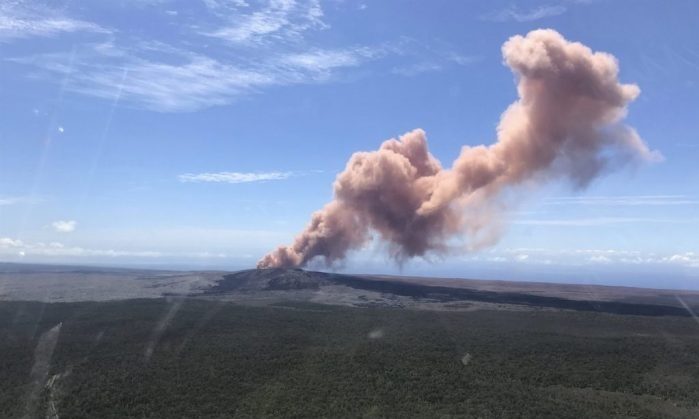 It must be feeling very apocalyptic there in Hawaii’s Big Island!

The US Geological Survey is reporting a magnitude 6.9 quake in Hawaii in the last half hour.

The quake occurred about 10 miles southwest of Leilani Estates on the Big Island.

There have been 119 earthquakes on Hawaii’s big island in the last 24 hours, according to USGS seismology Jana Pursley.

Note: The following (below) is from prior to the 6.9 quake.

The US Geological Survey reports a magnitude 5.4 earthquake has struck just kilometers from where a volcano is erupting on Hawaii’s Big Island.

The epicenter of the quake is estimated to be 18 kilometeres southwest of the Kilauea Volcano. Officials say there’s no tsunami threat to the Big Island.

People reported to the Geological Survey’s website that they felt light to moderate shaking from Friday’s earthquake. It had a depth of 6.9 kilometres.

Nearly 1,500 residents were ordered to evacuate from their volcano-side homes after it began spattering lava on Thursday, with molten lava chewing through forest land and bubbling up on paved streets.

Asta Miklius, a geophysicist with the USGS Hawaiian Volcano Observatory, told The Associated Press in a phone interview that there is no way to know exactly how long the eruption will continue.

“One of the parameters is going to be whether the summit magma reservoir starts to drain in response to this event, and that has not happened yet,” Miklius said. “There is quite a bit of magma in the system. It won’t be just an hours-long eruption probably, but how long it will last will depend on whether the summit magma reservoir gets involved. And so we are watching that very, very closely.”

Meantime, Hawaii’s governor has activated the National Guard to help with evacuations and safety.

Hawaii County officials said steam and lava poured out of a crack in the community of Leilani Estates, near the town of Pahoa on the Big Island.

Resident Jeremiah Osuna captured drone footage of the lava burning through the trees, a scene he described as a “curtain of fire.”

“It sounded like if you were to put a bunch of rocks into a dryer and turn it on as high as you could. You could just smell sulfur and burning trees and underbrush and stuff,” he told Honolulu television station KHON.

More than 100 people spent the night in shelters.

Crews say extremely high levels of sulfur dioxide gas have been detected in areas near the eruption, prompting a warning to people from those areas to leave immediately.

This is especially true for the elderly, the young, and those with respiratory problems. Exposure to sulfur dioxide gas can cause irritation or burns, sore throats, runny noses, burning eyes and coughing.

Despite this, many residents say they’re frustrated that they’re not being allowed to go home.

Hawaii County has issued a mandatory evacuation order for neighbourhoods near the lava flow in the mostly rural Puna district of the Big Island.

One woman angrily told police guarding Leilani Estates she was going into the area and they couldn’t arrest her. She stormed past the police unopposed. 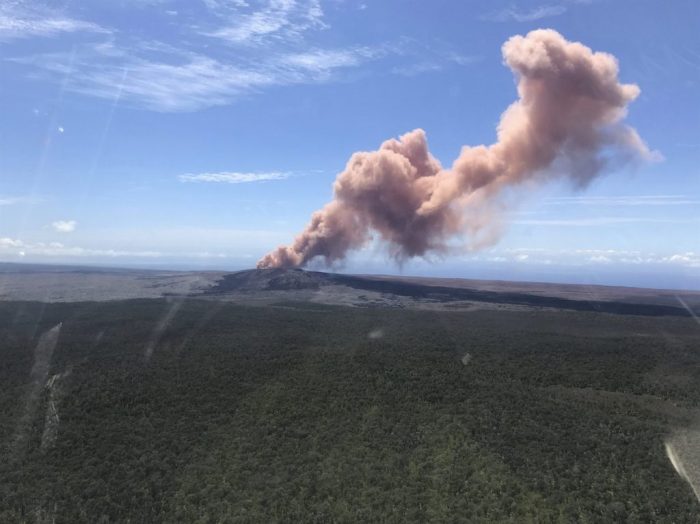 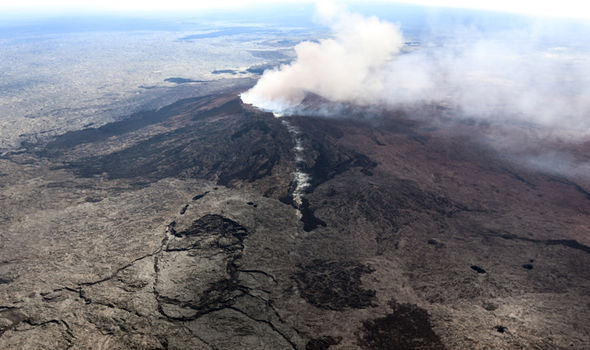