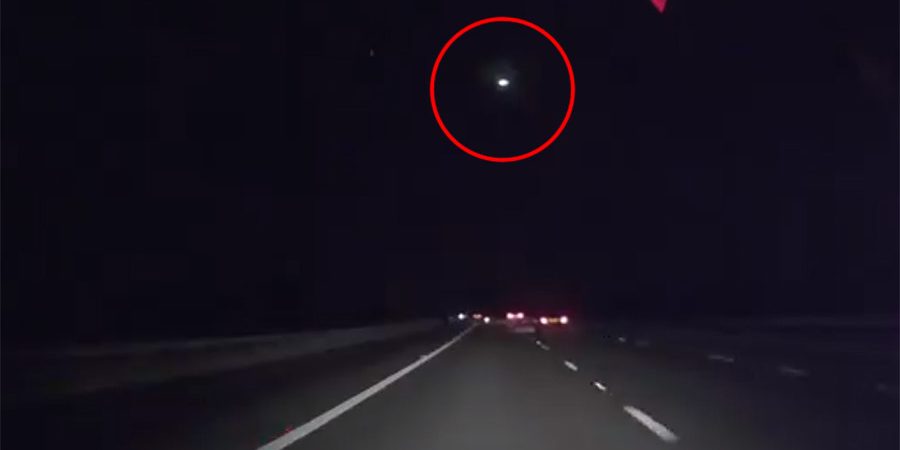 As residents across the UK were finishing last-minute preparations for their New Year’s Eve celebrations, many were treated to a spectacular display of extraterrestrial pyrotechnics to end 2017 in style.

At least 679 reports were made to the International Meteor Organization overnight about the eerie emerald-hued visitor, predominantly in England and Scotland.

Probably one of the last bright fireball of 2017, but what a fireball! More than 150 witnesses reported a very bright meteor observed around 17h 35min UT, on Dec 31, and reports keeps coming in! https://t.co/E30Q9PsMVo
If you observed it, please report! https://t.co/EWCUz6FcK1 pic.twitter.com/wyRaK4dIYk

“UKMON received over 570 public reports. Many observers reported green color and fragmentation at the end. The meteor was apparently moving quite slowly.”

Seen all the Tweets about the fireball last night so looked on my security camera and I got it. @VirtualAstro @UKMeteorNetwork pic.twitter.com/pRr9nAStzp

Over the whole of the U.K. it appears – sad I missed it !

What was that in the sky just now? Fast moving green light that split in two. Wrong angle for fireworks! #inverurie #aberdeenshire #nightsky #notdrunkhonest @darkskyman @VirtualAstro

The International Meteor Organization ruined all the festive fun and speculation about alien visitors by confirming that the object was indeed a meteor that split in two upon entering the Earth’s atmosphere. The annual Quadrantid meteor shower is still underway, running from December 22 to January 17.