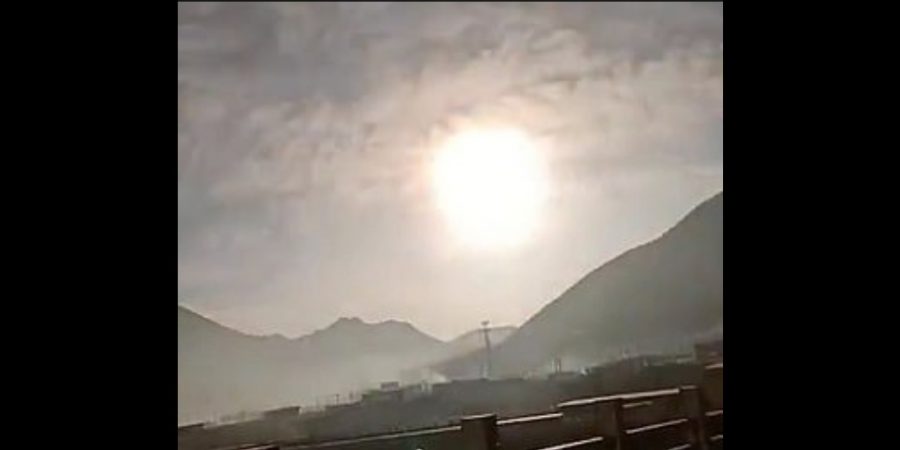 Huge Fireball ‘Falls from the Sky and Crashes into a Chinese County’, Leaving Locals Stunned

by BILLIE THOMSON
via MAILONLINE

A giant fireball has been spotted flashing across the sky and crashing into a county in southern China.

Footage taken by stunned locals shows an unidentified object exploding into a blazing sphere as it plunges at a fast speed towards the earth.

Various clips on the Chinese social media show the suspected meteor lighting up the sky as it plummets into the county of Nangqian in north-western China’s Qinghai Province.

The incident is said to have occurred at around 7am on Wednesday. Local residents reported they had heard loud bangs.

One of the videos, shared by a science blogger on Twitter-like Weibo, captures the moment the fireball soars through the darkness as it is seen by a passenger on a flight from Xi’an to Lhasa.

It is not immediately clear what the ball of fire is, but local media are suggesting the possibility of a very bright meteor. No casualties have been reported.

In another piece of footage, the burning object is seen descending quickly towards hills and fields.

In a third clip, the fireball becomes brighter and bigger as it approaches the ground.

Dan Ba, a local, said he witnessed the fireball while taking his child to school.

Yu Jun, chief writer of Chinese science website Guokr, told Beijing News that the fireball looked like a bolide, which is a very bright meteor.

China Earthquake Networks Center said it had recorded the incident. The authority said through its social media account that a suspected bolide landed near the border between Nangqian County and Yusu County at 7.25am.