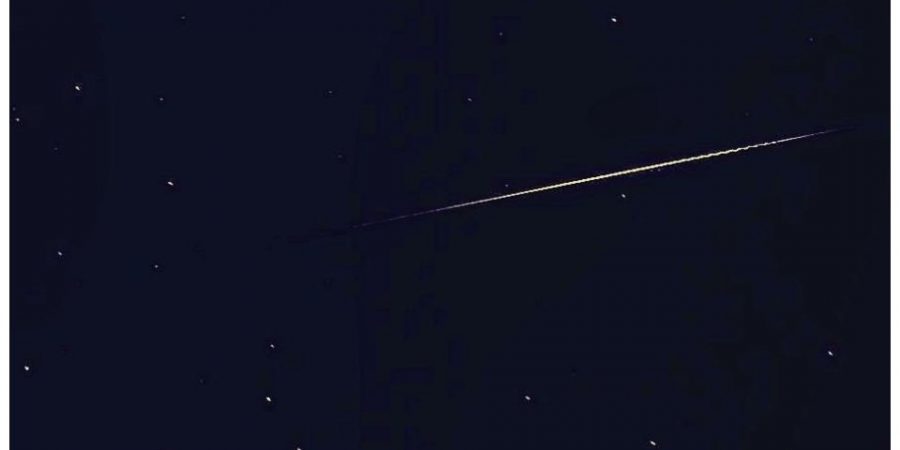 A fireball is caused by a large object entering Earth’s atmosphere.

People across the Kimberley have reported seeing a bright fireball streak across the sky, inspiring awe and some fear.

“It was scary, because it came from the airport direction, and then we realised that it was probably space junk or a meteor,” talkback caller Monica from Broome told ABC Radio.

“We spend a lot of nights with the kids lying out on trampolines watching shooting stars, but I’ve never seen anything like that.”

The fireball was seen across a wide area of north western Australia just before 7pm on Tuesday.

“Huge, big; it was the brightest thing I’ve ever seen. It was huge, white, massive. I’ve never seen anything so big in the sky,” she said

About 130km south of Broome, Randal was camped on a cliff overlooking the ocean.

“It just seemed to come right up out of the sea, and then shot right across the Barn Hill camping area where we are,” he said.

“My wife was sitting opposite me and she spun around, and we watched it disappear over inland somewhere.

“It was just so, so bright. We were wondering whether one of those missiles had come down from North Korea.

“We’ve seen shooting stars before, but this just outdid anything.”

Ellie Sanson is a member of the Desert Fireball Network from Curtin University, which tries to track meteorites to study the origins of the solar system.

She said the kind of observations seen in the Kimberley indicated a large object was entering the atmosphere.

“Fireballs are really, really bright, and are caused by much bigger objects and can last longer than three seconds usually,” Ms Sanson said.

“The fact that this one continued on for so long is really, really interesting for us.”

Ms Sanson encouraged people to report their sightings to the International Meteor Organisation so scientists could investigate.

“If we get lots and lots of people giving us reports, we can try and get an idea of what actually happened,” she said.

Ms Sanson said the nature of the observations in the Kimberley suggested the fireball may be more likely to be of human origin.

“If it was a satellite launch it would make sense that it’s been seen so far afield,” she said.

“The fact that it’s so slow, it could be space debris coming back into the atmosphere as well.

“You’ve still got the option that it’s a small asteroid hitting the Earth’s atmosphere, though they do tend to go quite a bit faster, and it’s unlikely that they’re longer than 10 seconds.”

But a glittering tail reported by some observers is also an indication of a less natural origin.

“When it glitters like that, it usually means there are little pieces falling off of it, so it could very well be space debris that is a part of a satellite,” Ms Sanson said.