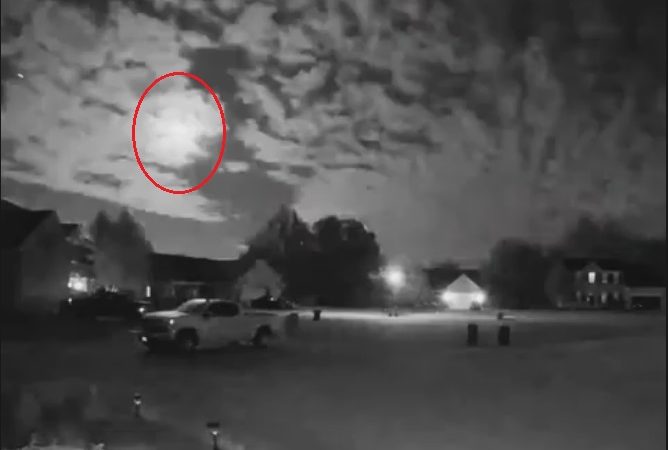 A streak of bright light, described as a meteor, was sighted in parts of the United States Wednesday morning, according to Twitter users.

The astronomical event was sighted in Cincinnati and in Kentucky. Twitter users reported the sighting before 6:30 a.m.

Many users said it appeared blue or green, then turned orange before it burned out.

“Just happened to look southeast this morning before 6:30 and caught a meteor in the sky. Lit up all red, looked like a contrail fizzling out. Can’t remember ever seeing one before – very cool,” twitter user Ryan Wichman said.

According to NASA, meteoroids are objects in space that range in size from dust grains to small asteroids. When they enter Earth’s atmosphere at high speed and burn up they become meteors. They can become visible fireballs or “shooting stars.”

Saw a meteor burn up in the atmosphere in the Cincinnati region this morning (about 6:22) while driving into work! Brightest flash of light I’ve ever seen!

According to the American Meteor Society’s reports, the event was spotted across the East Coast as well, stretching all the way to Ontario, Canada. Currently, there are dozens of unverified fireball reports from this morning.

The current meteor shower is the Southern Taurids, the American Meteor Society said.

“The Southern Taurids are a long-lasting shower that several minor peaks during its activity period,” officials said. “The Taurids (both branches) are rich in fireballs and are often responsible for increased number of fireball reports from September through November.”

As another person tweeted, “Nature bruh…”

*additional videos of the event