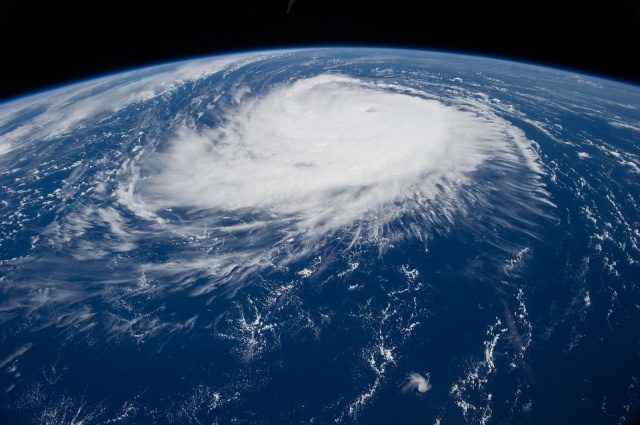 The Atlantic hurricane season rages on. Hurricane Irma is now zipping westwards across the Atlantic and fast approaching the Caribbean. It’s also looking more likely that it might affect the US mainland by the end of the week – far from an ideal situation considering this corner of the US is still sweeping up the destruction caused by Hurricane Harvey.

This morning, Irma was declared an “extremely dangerous” Category 5 hurricane on the Saffir-Simpson Hurricane Wind Scale, just as meteorologists predicted it might be last week.

The National Oceanic and Atmospheric Administration (NOAA) warned the hurricane will be accompanied by “life-threatening wind, storm surge, and rainfall”. Its maximum sustained wind power is expected to peak at 280 kilometers per hour (175 miles per hour).

Hurricane Irma is currently skimming across the Atlantic at 22 km/h (14 mph), where it is forecast to go over the northern Leeward Islands in the West Indies late Tuesday and early Wednesday. Hurricane conditions are expected to hit the Virgin Islands and Puerto Rico on Wednesday, with tropical storm conditions commencing tonight. Currently, the storm is several days away from Florida, and not expected to arrive until Saturday.

The eye of a category 5 hurricane. #Irma #GOES16 pic.twitter.com/eATVZspJZx

The hurricane has prompted numerous states of emergency to be declared in Florida, Puerto Rico, and the US Virgin Islands, along with other Caribbean islands.

There are already numerous reports on Twitter of shops filled with long queues and empty shelves, as local residents stock up on water, food, batteries, generators, and other supplies. Many Caribbean islands, especially Puerto Rico, are also bracing themselves for long-term electricity outages.

As for what the scale of the damage in the Caribbean and US will be, it’s hard to say just yet. However, experts are concerned that authorities may already be strained dealing with the chaos caused by Hurricane Harvey in the past few weeks. It seems the last thing that part of the US needs right now is another hurricane.

“This hurricane has the potential to be a major event for the East Coast. It also has the potential to significantly strain FEMA and other governmental resources occurring so quickly on the heels of Harvey,” said Evan Myers, expert senior meteorologist and chief operating officer at AccuWeather, in a statement.

You can track the progress of Hurricane Irma on the NOAA’s National Hurricane Centre online map.