Hypernova: One Direct Hit of its Deadly Gamma Rays and Life on Earth Will be Obliterated

It is now 65 years since Enrico Fermi asked his famous question: “Where is everyone?” Yet still no trace of alien civilisations has been found.

They ought to exist. The Sun is an ordinary star and Earth an ordinary planet. But we have received no alien messages or visits. UFO stories lack credibility, and despite the writings of Erich von Däniken there is no evidence of such visits in the past.

We seem to be alone in the galaxy. But why? And what does this mean for our future? 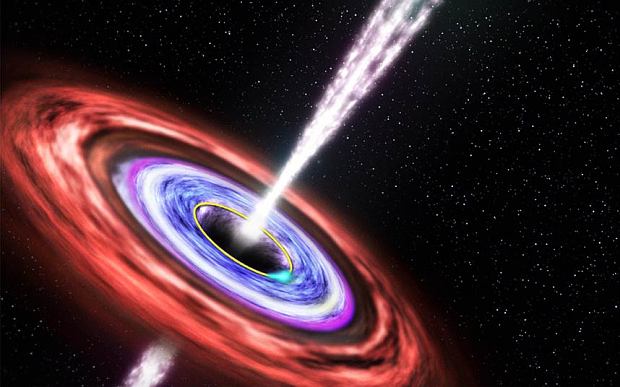 Our solitude is surely the result of other embryonic civilisations being destroyed prematurely. The most likely culprits are those newly found explosions called “hypernovae”, hugely more violent than supernovae.

Fortunately a hypernova, whose gamma rays can destroy most life on a planet at several thousand light-years, is only lethal if one of its beams make a direct hit, like those of a lighthouse.

This unleashing of stellar fury is apparently caused when two massive black holes collide. Each of its destructive beams contains as much energy as the Sun will release in its 10 billion-year lifetime. A planet struck by such a beam would be sterilised.

Happily these explosions — visible through powerful telescopes — took place in the early universe. The galaxy is ours for the taking, depending on the efficiency of future spaceships. A recent scientific paper predicted: “If faster than light travel becomes possible, humanity will explode into the galaxy like a tsunami.” And there are plenty of habitable worlds out there.

Of all the 3,047 stars in the whole sky that are visible to the naked eye, only one of them is green and nobody knows why. This is Beta Librae (Zubeneschamali), the second brightest in Libra the Scales, just south of Serpens.

Beta Librae is shown in the video above at 3:05

The Scales of this constellation were inspired by Astraea, the Roman Goddess of Justice, whose blindfolded statue stands with sword and scales above London’s Central Criminal Court.