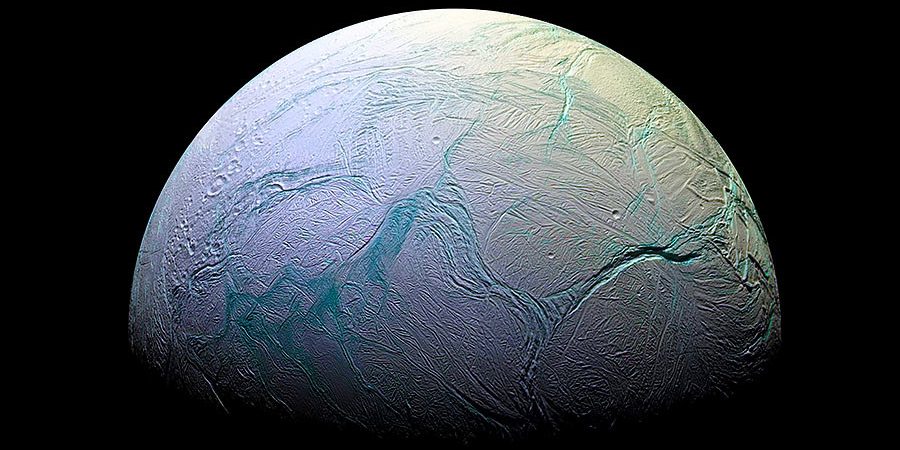 Could there be alien life on Enceladus ?

The space agency has discovered all the crucial ingredients for life in the oceans of Saturn’s icy moon.

During a press conference held today, NASA scientists have revealed the discovery of molecular hydrogen in jets of water erupting from deep beneath the surface of Enceladus.

Molecular hydrogen is important because on Earth it provides energy for entire ecosystems such as those living around hydrothermal vents at the bottom of the sea. Such creatures eat the hydrogen and release methane – a gas that has also been found on Enceladus.

“We now know there’s not only a warm, wet environment – we now realise there’s food for life,” said astrobiologist Lewis Dartnell. “There’s fuel for an ecosystem on Enceladus.”

So could there really be extraterrestrial life living in the depths of Saturn’s icy moon ?

Right now we don’t know, but there is likely to be a great deal of interest in launching additional robotic missions to Enceladus over the next few years in an attempt to find out.

As it stands, there’s a real chance we may actually have alien life living right on our doorstep.