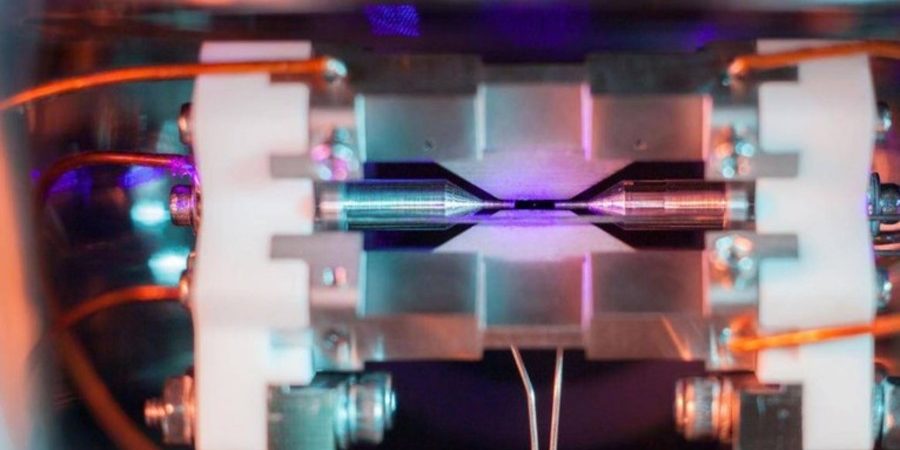 Image of A Single Atom Trapped in a Magnetic Field

Have you ever seen an atom before? I know I haven’t, incredible stuff!

An incredible award-winning photo reveals what a lone atom trapped in a magnetic field would look like to the naked eye.

‘Single Atom in an Ion Trap’ was taken by David Nadlinger, from the University of Oxford through a window of a ultra-high vacuum chamber that houses the ion trap. The striking image was awarded the overall prize in a national science photography competition, organized by the Engineering and Physical Sciences Research Council (EPSRC). 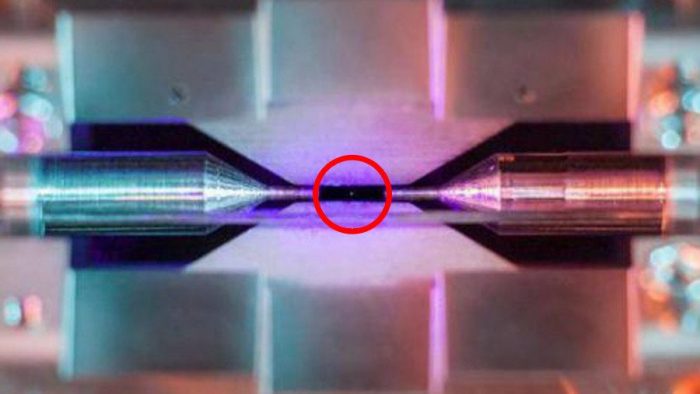 It shows a single positively-charged strontium atom, held in place by electric fields arising from two metal needles on either side of it. The distance between the small needle tips is about two millimetres.The atom is being illuminated by a blue-violet laser.

“The idea of being able to see a single atom with the naked eye had struck me as a wonderfully direct and visceral bridge between the miniscule quantum world and our macroscopic reality,” Nadlinger said in a statement.

“When I set off to the lab with camera and tripods one quiet Sunday afternoon, I was rewarded with this particular picture of a small, pale blue dot.”

The dot in question, which is in fact a single atom, can be seen clearly by zooming in on the center of the image. It is visible because it absorbs and re-emits the bright light of the laser. The contraption is housed inside an ultra-high vacuum chamber and dramatically cooled to keep the atom still. Extremely still strontium atoms like this one are used in atomic clocks.

The image beat more than 100 other entries to claim first place. Among the other striking prize winners was an image of a remotely controlled vehicle searching for simulated Fukushima fuel debris, and a photo showing a ‘biodegradable microbowl’ that could help in the fight against cancer.