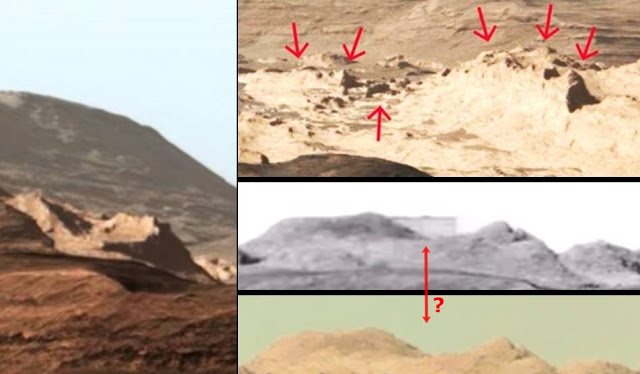 Over the years NASA’s Mars Rovers have captured countless breathtaking images of anomalies that seem to be carved or artificially made structures on the surface of the planet Mars.

Photographic evidence of many structures like walls, fences, ruins of ancient cities, once inhabited by alien civilizations, statues and other anomalies, weathered, eroded or partially buried under the sands of Mars.

This image was taken by ChemCam: Remote Micro-Imager (CHEMCAM_RMI) onboard NASA’s Mars rover Curiosity on Sol 1795 (2017-08-24 11:26:06 UTC). It shows something like a statue that seems to hold some kind of lance or scepter. 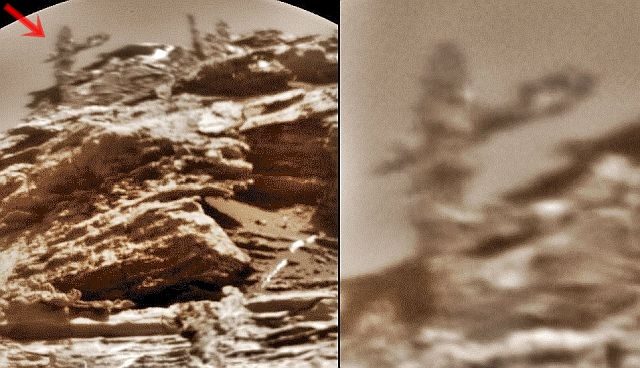