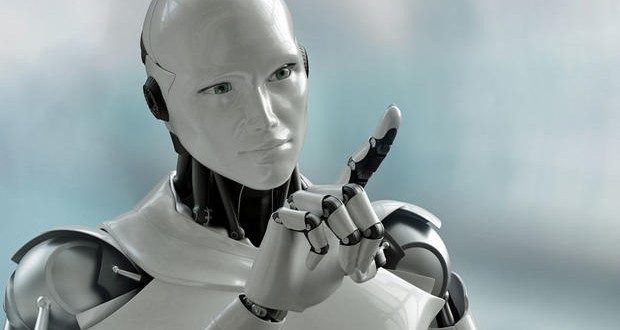 In Order to Prevent Robot Apocalypse We Must Study Machine ‘Behavior’

Experts have been warning us about potential dangers associated with artificial intelligence for quite some time. But is it too late to do anything about the impending rise of the machines?

Once the stuff of far-fetched dystopian science fiction, the idea of robot overlords taking over the world at some point now seems inevitable.

The late Dr. Stephen Hawking issued some harsh and terrifying words of caution back in 2014:

The development of full artificial intelligence could spell the end of the human race. It would take off on its own, and re-design itself at an ever-increasing rate. Humans, who are limited by slow biological evolution, couldn’t compete, and would be superseded. (source)

Elon Musk, the founder of SpaceX and Tesla Motors, warned that we could see some terrifying issues within the next few years:

The risk of something seriously dangerous happening is in the five year timeframe. 10 years at most. Please note that I am normally super pro technology and have never raised this issue until recent months. This is not a case of crying wolf about something I don’t understand.

The pace of progress in artificial intelligence (I’m not referring to narrow AI) is incredibly fast. Unless you have direct exposure to groups like Deepmind, you have no idea how fast – it is growing at a pace close to exponential.

I am not alone in thinking we should be worried.

The leading AI companies have taken great steps to ensure safety. They recognize the danger, but believe that they can shape and control the digital super intelligences and prevent bad ones from escaping into the Internet. That remains to be seen… (source)

Experts say it is time to study “machine behavior.”

Last week, a team of researchers made a case for a wide-ranging scientific research agenda aimed at understanding the behavior of artificial intelligence systems. The group, led by researchers at the MIT Media Lab, published a paper in Nature in which they called for a new field of research called “machine behavior.” The new field would take the study of artificial intelligence “well beyond computer science and engineering into biology, economics, psychology, and other behavioral and social sciences,” according to an MIT Media Lab press release.

Scientists have studied human behavior for decades, and now it is time to apply that kind of research to intelligent machines, the group explained. Because artificial intelligence is doing more collective ‘thinking,’ the same interdisciplinary approach needs to be applied to understanding machine behavior, the authors say.

“We need more open, trustworthy, reliable investigation into the impact intelligent machines are having on society, and so research needs to incorporate expertise and knowledge from beyond the fields that have traditionally studied it,” said Iyad Rahwan, who leads the Scalable Cooperation group at the Media Lab.

Machines are making decisions and taking action without human input.

“We’re seeing the rise of machines with agency, machines that are actors making decisions and taking actions autonomously. This calls for a new field of scientific study that looks at them not solely as products of engineering and computer science but additionally as a new class of actors with their own behavioral patterns and ecology.” (source)

This is particularly concerning, especially considering we already know that AI can hate without human input and that robots have no sense of humor and might kill us over a joke.

“We’re seeing an emergence of machines as agents in human society; these are social machines that are making decisions that have real value implications in society,” says David Lazer, who is one of the authors of the paper, as well as University Distinguished Professor of Political Science and Computer and Information Sciences at Northeastern.

We interact numerous times each day with thinking machines, as the press release explains:

We may ask Siri to find the dry cleaner nearest to our home, tell Alexa to order dish soap, or get a medical diagnosis generated by an algorithm. Many such tools that make life easier are in fact “thinking” on their own, acquiring knowledge and building on it and even communicating with other thinking machines to make ever more complex judgments and decisions – and in ways that not even the programmers who wrote their code can fully explain.

Imagine, for instance, a news feed run by a deep neural net recommends an article to you from a gardening magazine, even though you’re not a gardener. “If I asked the engineer who designed the algorithm, that engineer would not be able to state in a comprehensive and causal way why that algorithm decided to recommend that article to you,” said Nick Obradovich, a research scientist in the Scalable Cooperation group and one of the lead authors of the Nature paper.

Parents often think of their children’s interaction with the family personal assistant as charming or funny. But what happens when the assistant, rich with cutting-edge AI, responds to a child’s fourth or fifth question about T. Rex by suggesting, “Wouldn’t it be nice if you had this dinosaur as a toy?”

“What’s driving that recommendation?” Rahwan said. “Is the device trying to do something to enrich the child’s experience – or to enrich the company selling the toy dinosaur? It’s very hard to answer that question.” (source)

There is still a lot we don’t know about how machines make decisions.

What hasn’t been examined as closely is how these algorithms work. How do they evolve with use? How do machines develop a specific behavior? How do algorithms function within a specific social or cultural environment? These issues need to be studied, the group says.

There is a significant barrier to the type of research the group is proposing, however:

But even if big tech companies decided to share information about their algorithms and otherwise allow researchers more access to them, there is an even bigger barrier to research and investigation, which is that AI agents can acquire novel behaviors as they interact with the world around them and with other agents. The behaviors learned from such interactions are virtually impossible to predict, and even when solutions can be described mathematically, they can be “so lengthy and complex as to be indecipherable,” according to the paper. (source)

And, there are ethical concerns surrounding how AI makes decisions:
Say, for instance, a hypothetical self-driving car is sold as being the safest on the market. One of the factors that makes it safer is that it “knows” when a big truck pulls up along its left side and automatically moves itself three inches to the right while still remaining in its own lane. But what if a cyclist or motorcycle happens to be pulling up on the right at the same time and is thus killed because of this safety feature?

“If you were able to look at the statistics and look at the behavior of the car in the aggregate, it might be killing three times the number of cyclists over a million rides than another model,” Rahwan said. “As a computer scientist, how are you going to program the choice between the safety of the occupants of the car and the safety of those outside the car? You can’t just engineer the car to be ‘safe’-safe for whom?” (source)

The researchers explain that it will take experts from a host of scientific disciplines to study the way machines behave in the real world, as a press release from Northeastern University states. “The process of understanding how online dating algorithms are changing the societal institution of marriage, or determining whether our interaction with artificial intelligence affects our human development, will require more than just the mathematicians and engineers who built those algorithms.”

Dagny Taggart is the pseudonym of an experienced journalist who needs to maintain anonymity to keep her job in the public eye. Dagny is non-partisan and aims to expose the half-truths, misrepresentations, and blatant lies of the MSM.