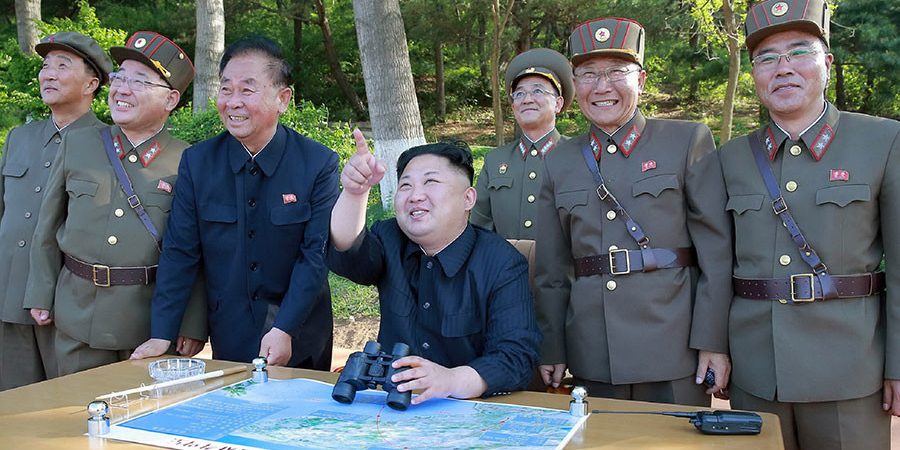 The Defense Intelligence Agency has provided the first official US assessment of North Korea’s latest missile test, telling a Senate committee that the reclusive nation is on a clear trajectory to obtaining a nuclear-armed missile that could hit the US.

Although the US confirmed Sunday’s launch, American experts doubted the reliability of the new solid-fuel type for the IRBM after so few tests, Reuters reported. Solid fuel is harder to produce than liquid, but is more stable and can be transported in the missile tank to allow for a swift launch.

Pyongyang also conducted a medium-range ballistic missile test the previous Sunday, and said the rocket used has the “tactical specifications and technical characteristics” of being capable of carrying nuclear warheads.

The tests allowed North Korea to move a step closer to its “inevitable” goal of developing a nuclear-armed warhead that could reach the US, Stewart said.

“If left on its current trajectory the regime will ultimately succeed in fielding a nuclear-armed missile capable of threatening the United States homeland,” he told the senators. “While nearly impossible to predict when this capability will be operational, the North Korean regime is committed and is on a pathway where this capability is inevitable.”

The principal impediment to achieving that goal so far is ensuring that its ballistic missiles survive reentry into the atmosphere, according to Stewart.

“They understand the physics, it’s just a matter of design,” he said.

In his written testimony, Stewart described North Korea as “a critical security challenge” for the US “that is capable of posing a direct threat” as well as of “conducting disruptive cyberattacks against regional adversaries” or as an asymmetric response “to perceived challenges in political, military, or economic domains.”

It was an assessment with which Coats agreed, saying in his written testimony that North Korea’s nuclear weapons and missile programs “will continue to pose a serious threat to US interests and to the security environment” in the region throughout 2017.

Coats also condemned Pyongyang’s export of ballistic missiles and associated materials to several countries, including Iran and Syria, as well as its assistance to Syria’s construction of a nuclear reactor – destroyed in 2007 – all of which “illustrate its willingness to proliferate dangerous technologies.”

North Korea, along with Iran, is enhancing its abilities to disrupt military communications and navigation, Coats wrote.

“Pyongyang has previously conducted cyber-attacks against US commercial entities… and remains capable of launching disruptive or destructive cyber attacks to support its political objectives,” he wrote. “Pyongyang also poses a cyber threat to US allies.”

However, Coats told the senators, the US does not have any evidence that North Korea was behind a recent ransomware attack known as WannaCry that victimized companies, services and people in more than 100 countries within days of its release.

At the request of the US, Japan and South Korea, the UN Security Council is set to meet Tuesday to discuss North Korea’s latest tests, which were carried out in violation of UNSC resolutions. The UN measures are aimed at forcing Pyongyang to curb its nuclear and missile programs, which are the major cause of escalating tensions in the region.