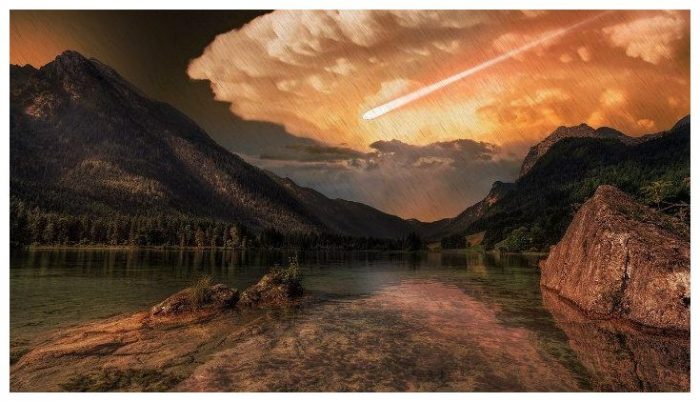 You’ve gotta hand it to America’s space scientists: they’re resilient. Despite an admission that they may not be able to stop the asteroid Bennu from turning Earth into a smoldering crater filled with the ashen remains of its human inhabitants, NASA’s Planetary Defense Coordination Office (PDCO) has teamed up with FEMA and other agencies for what amounts to a wargaming exercise to prepare themselves for a catastrophic asteroid strike.

The best part of this? The ESA is tweeting out bits and pieces of the scenario – that an asteroid named 2019PDC has been spotted and calculated to have a 1 in 100 chance of striking Earth – as if it were happening in real time. The agency has wisely hashtagged the relevant tweets with #FICTIONALEVENT to avoid any War of the Worlds scenarios.

Very little is known about the asteroid’s physical properties. From its brightness, experts determine that its size could be anywhere from 100-300 meters – about 5-15x bigger than the 2013 #Chelyabinsk impactor #FICTIONALEVENT #PlanetaryDefense pic.twitter.com/xWTVbSPMZn

Find out how this dramatic & risky situation will turn out LIVE from this year's #PlanetaryDefense Conference, starting Monday, 29.04. During the week, we'll post live updates the moment the experts are informed. What will they decide? #FICTIONALEVENT #ItHappenedBefore pic.twitter.com/3y7WTXlOyK

The tabletop exercise will tale place at the Planetary Defense Conference in Washington D.C. and NASA officials seem confident that it will prove fruitful.”These exercises have really helped us in the planetary defense community to understand what our colleagues on the disaster management side need to know,”NASA’s Planetary Defense Officer said Lindley Johnson. “This exercise will help us develop more effective communications with each other and with our governments.”

On the tactics side of anti-asteroid defense, NASA recently granted a $69M contract to SpaceX to assist in its DART program. The agency hopes to test the system in June, 2021.