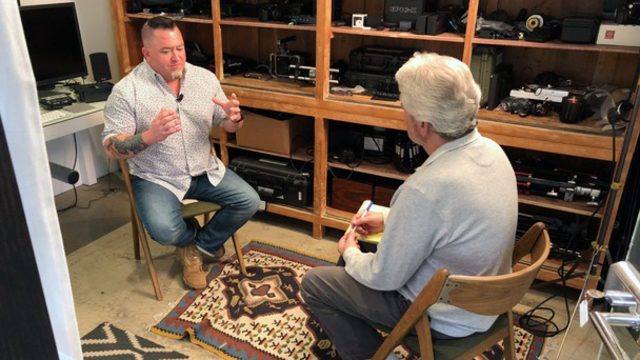 A secret Pentagon program to study unknown aerial objects — otherwise known as UFOs — may not be finished after all.

The civilian contractor for the program was Bigelow Aerospace, based in Las Vegas. Their contract ended in 2012, but the man who managed the program inside the Pentagon thinks it is still operating.

His name is Luis Elizondo, and most of us first heard his name last October when he stood on a stage with rock star Tom DeLonge and other government insiders.

Elizondo said he had spent 10 years as the head of a secret study of unidentified aerial objects. He also was instrumental in the release of official UFO videos recorded by military pilots.

The I-Team sat down with him earlier this week to ask, among other things, why the Pentagon considered UFOs to be a potential threat.

“Is it a threat? And if it’s a threat, is it the Russians or Chinese? These are the normal questions, whether dealing with terrorism or weapons of mass destruction or you’d ask for any national security issue de jour, and yet here we are with something that…..”

Elizondo has spent most of his adult life protecting his country, on active duty in combat hotspots, handling terrorists at Guantanamo, and at the Pentagon, where he was the point man for AATIP, the Advanced Aerial Threat Identification Program. That program collected and analyzed information about encounters between the U.S. military and spectacular but unknown technology, what some would call UFOs.

“My job in the government at the time with AATIP was two-fold, to determine what it was and how it worked, not really focusing on who was behind the steering wheel or whatever. If we can answer the first two things, everything else we will be able to explain later,” Elizondo said.

He says that even his immediate supervisor in the Pentagon was unaware of the program. Only a small list of people scattered in different branches and agencies had a need to know. The word threat is built into the name of AATIP, and even though the unidentified craft being reported by pilots and others didn’t launch an Independence Day type attack on humanity or zap major cities with death rays, the defense department had to consider the possibilities.

The so-called Tic Tac UFO, for instance, was detected over several days in 2004 by personnel with the U.S.S. Nimitz battle group off the coast of San Diego. It didn’t attack, but it demonstrated vast superiority over America’s most advanced defense systems. 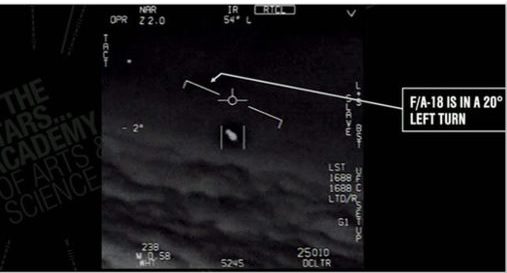 “I think if you were to take this issue that we’ve seen and we have something coming into our air space that we control that has a Russian star on the tail or a North Korean tail number, I think people would have a much different reaction and response because there’s something we can identify and say, this is in our air space and shouldn’t be here,” Elizondo said. “You DOD, you CIA, you DHS, have the responsibility of protecting us, how did this happen? And yet, here we have the same scenario but there are no flags or numbers on the tail. In fact, there may not even be a tail on some of these things, and yet it’s crickets. Nobody wants to have that conversation.”

In 2007, a small group of senators led by Nevada’s Harry Reid, initiated a program to change the culture surrounding UFO reports. Reid was motivated, in part, because of classified reports he’d read about UFO encounters over U.S. nuclear bases in which atomic weapons were somehow disabled.

“The communications in the missile defense installation was shut down. It didn’t happen once. It happened more than once,” former Senator Harry Reid said. “We have things in ships at sea, things in the water. What is that?”

Reid says he was also concerned that if adversaries like Russia or China could master the technology displayed by the Tic Tac or other UFOs, the U.S. military would be at a great disadvantage. Elizondo agrees.

“I think it is ridiculous to presume that other nations that are very sophisticated, very capable, aren’t looking at this as well. I cannot go into detail about why I think that, but I am very confident they are aware,” Elizondo said.

The program set up by the Pentagon to assist AATIP was housed at Bigelow Aerospace in southern Nevada. The contract ended in 2012, but Elizondo believes some version of the study is ongoing. Elizondo thinks it makes sense to study Tic Tacs and other UFOs and compares it to how you might react if someone pierced your home security system.

“The first thing you do, you come down your stairs as you look in your living room, you see muddy boot prints in your living room on the carpet that weren’t there the night before. Nothing has been taken out of your house, nothing has been disturbed, no one has been harmed and yet every night, despite you locking the front door, closing the windows and turning on the alarm, there are muddy boot prints that keep showing up on your carpet. now, is that a threat?”

So, what about those Pentagon videos? Are they legit? And when will we get to see more of them released?

Author bio:
George Knapp was born in Woodbury, N.J., and raised mostly in Northern California. He graduated from high school in Stockton, Calif.; earned a bachelor’s degree in communications from West Georgia College; and later earned a master’s degree in communications from the University of the Pacific, where he also taught speech and debate and served as director of forensics. George also taught speech at California Polytechnic University, coached the debate team at the University of California at Berkeley and taught broadcast journalism at UNLV.

Along the way, George also worked as a hod carrier, farm laborer, carpenter’s assistant and house painter. He moved to Las Vegas in 1979 and landed a job as a taxi driver. Later, he worked at KLVX-TV Channel 10 as a part-time studio cameraman and production assistant. KLAS-TV hired him in 1981 as a general assignment reporter. George also has co-anchored various newscasts for KLAS-TV.

Knapp has won the prestigious Peabody Award twice and 19 Emmy Awards. Nine times, he has won the Mark Twain Award for best news writing from the Associated Press. And in 1990, his series about UFOs was selected by United Press International as best in the nation for Individual Achievement by a Journalist.