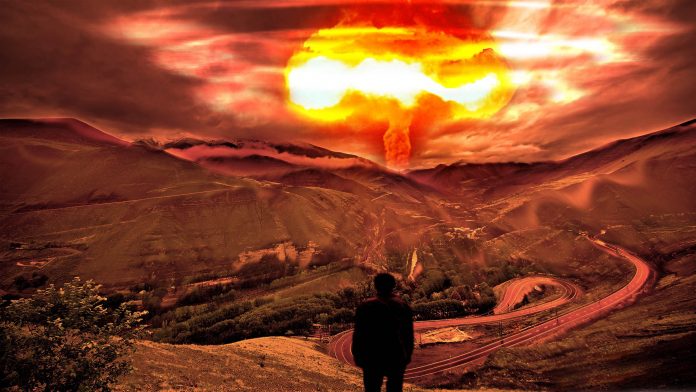 As Donald Trump and Kim Jong-un battle it out over the size of their nuclear buttons, attention is again turning to a common myth – that swallowing a simple pill will guard against radioactive fallout.

Iodine tablets, widely considered to offer the antidote to nuclear apocalypse, are reportedly the subject of a surge of interest in the wake of the world leaders’ recent saber-rattling.

The substance – officially called potassium iodide, with the chemical name KI – is often marketed as a ‘radiation blocking’ solution that can protect against poisoning and thyroid cancer. In reality, however, the tablets have a much more limited scope and are not even recommended as an essential part of FEMA’s emergency kit in the event of nuclear disaster.

North Korean Leader Kim Jong Un just stated that the “Nuclear Button is on his desk at all times.” Will someone from his depleted and food starved regime please inform him that I too have a Nuclear Button, but it is a much bigger & more powerful one than his, and my Button works!

KI only protects the thyroid, not other parts of the body, from radioactive iodine and is not recommended by the US Food & Drug Administration (FDA) or the Centers for Disease Control and Prevention (CDC) as a remedy to nuclear fallout.

Potassium iodide also fails to keep radiation from entering the body and cannot reverse the health effects once the thyroid is damaged, the CDC states.

KI “works only to prevent the uptake of radioactive iodine into the thyroid gland. It is not a general radioprotective agent,” the FDA warns on its website. 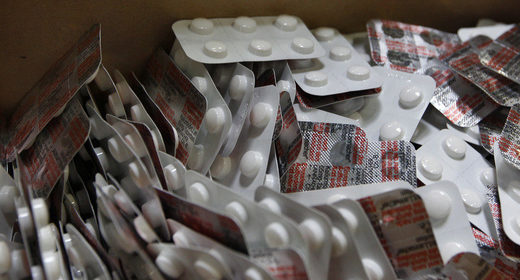 The drug, which has a shelf life of up to seven years, protects against absorption of radioactive iodine into the thyroid – for about 24 hours. There are four FDA-approved iodide products currently available, all without a prescription.

The Nuclear Regulatory Commission has a contract to purchase KI for states with nuclear reactors or those with population centers within the 10-mile emergency planning zone. It states that while evacuation is the most effective protective measure in the event of a radiological emergency, “administering KI can be a reasonable, prudent, and inexpensive supplement to in-place sheltering and evacuation.”

The CDC is hosting a session next week called ‘Public Health Response to a Nuclear Detonation.’ The agency points out that most people don’t realize that remaining in a shelter for at least 24 hours after a nuclear incident is crucial to saving lives and reducing exposure to radiation.

FEMA’s recommended emergency supply kit in the event of a nuclear disaster also doesn’t include the apparently sought-after pills. Instead it encourages people to prepare adequate water and perishable food items along with a radio, batteries, a flashlight and other basic supplies.

We can't stop thinking about #MadMaxFuryRoad & the emergency kit we wished #Furiosa had with her on the road #Oscars pic.twitter.com/wQOEqSDjNL

Following Japan’s nuclear crisis in 2011, US poison control centers received several reports of illness in people who ingested the drug out of fear of radioactive fallout in the US. Side effects of KI include skin rashes, swelling of the salivary glands, stomach upset and allergic reactions.

EU countries have different approaches to the pills, varying from pre-distributing them, to stockpiling them, to taking them entirely off the agenda.

In 2016 Belgium’s Health Minister announced plans to issue iodine tablets to its entire population as part of a revised nuclear emergency plan. The move was a response to warnings of a potential Islamic State (IS, formerly ISIS/ISIL) dirty bomb attack.

In contrast Ireland’s Health Department said in 2015 it would not be reissuing the tablets again, even in a worst case scenario, stating their use would not be justified. The island nation previously issued the tablets to homes across the country in 2005 amid fears of a terrorist attack on UK nuclear site Sellafield.