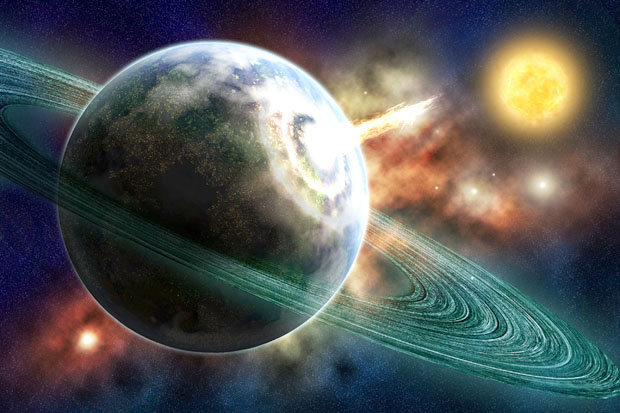 CONSPIRACY theorists believe another Earth-like planet exists – just the other side of the Sun.

EARTH 2: If it exists, so-called ‘Counter Earth’ could well be habitable

But we cannot see it as it is locked in exactly the same orbit as Earth – 180 degrees around, on the other side of the Sun.

The mind-blowing theory dates back to an ancient Greek wiseman called Philolaus – who called the planet “Counter Earth”.

Scientists have struggled to disprove the seemingly incredible claim as believers say the Sun – which is more than 100 times the size of Earth – would always keep it hidden.

Amazingly, the US Air Force has funded research into the existence of Counter Earth. 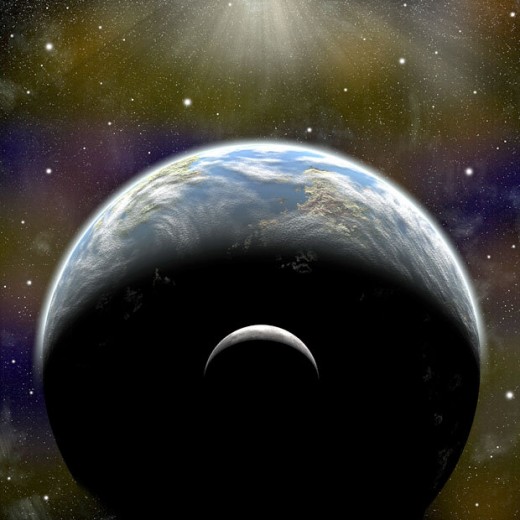 PLANET X: An ninth planet has long been fabled

A planet with the same mass as ours and the same distance from the Sun could share Earth’s orbit, according to Counter Earth theory.

It would have the same orbit speed as Earth and a similar surface environment – with the same gravity, atmosphere and temperature.

This could make it habitable by beings similar to humans.

Some Counter Earth proponents suggest the planet is like Earth before the continents split.

The more religious claim it is an Eden or heavenly paradise “devoid of sin”.

Others believe it is an alien homeland and have warned caution against angering our extraterrestrial near-neighbours. 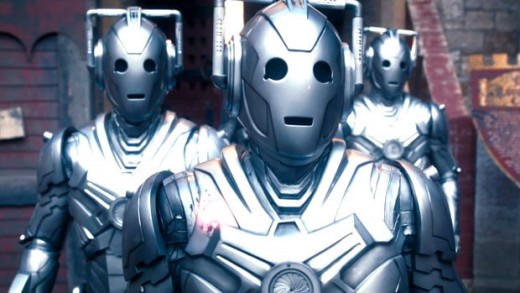 CYBERMEN: The Doctor Who baddies are said to come from a counter Earth

The idea of another planet sharing Earth’s orbit is so compelling that it has inspired a huge amount of sci-fi.

The Cybermen in Doctor Who come from a counter Earth called Mondas – which left the shared orbit when the Moon arrived from space, upsetting the gravitational field.

They claim even if we couldn’t see Counter Earth, we would see its effects.

Its gravitational pull would cause other planets, comets and satellites to “wobble” – and astronomers assure us they don’t.

Also, the pull from other planets would make Counter Earth’s orbit unstable, eventually making it visible from Earth.

The US Air Force paid a group of scientists dubbed the “Condon Committee” to look into the possible existence of a Counter Earth as part of the University of Colorado UFO Project.

The group found the “anti-Earth”, which they called Clarion, would become visible in the morning or evening twilight and during total solar eclipses within just over a century.

The 1968 report, the Scientific Study of Unidentified Flying Objects, said: “Differences introduced by the presence of an anti-Earth (Clarion) in the motions of Venus, Earth and Mars could not have remained undetected in this period.”

However, astronomers have found another object that shares Earth’s orbit – called a “trojan”.

And two independent groups of scientists claims to have found another previously hidden planet on the outer reaches of our Solar System.

Watch The Video Below on the “Trojan” Object that is currently sharing the exact orbit as Earth (it is just slightly in front)
Watch Video Below “Could There be Another Planet Behind the Sun” Eye Brow Raising!

NASA sent a probe – STEREO – to the far side of the Sun a few years ago and it never reported finding a planet there.

But conspiracy theorists claim this was just a cover up.

No amount of evidence is likely to convince true Counter Earth believers.