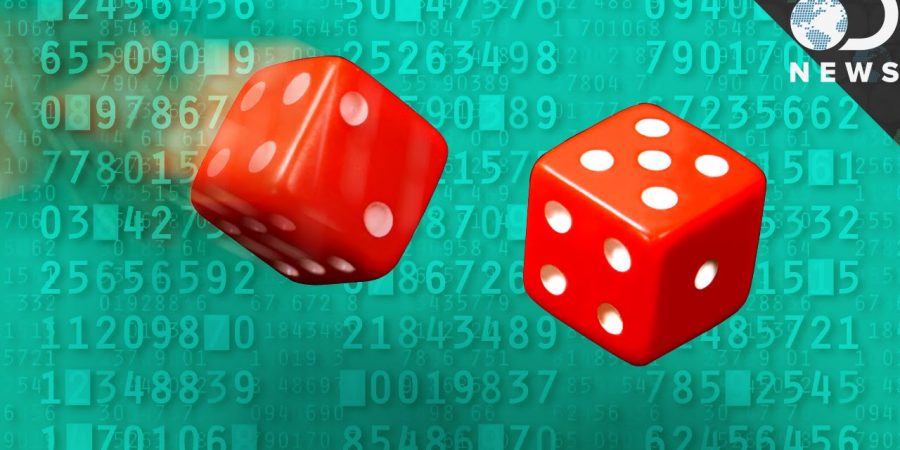 Is Anything Truly Random?

In 2012, scientists developed a system to predict what number a rolled die would land on. Is anything truly random or is it all predictable?

Generating a random number or 50/50 outcome might seem like straightforward proposition. You just roll some dice or flip a coin, right?

Not necessarily. In fact, science has shown that if you throw enough math at the problem, you can predict all sorts of seemingly random outcomes — including dice rolls and coin flips. Jules Suzdaltsev crunches the numbers in this DNews special report.

As a society, we employ the concept of randomness all the time — in gambling, scientific experiments, lotteries, cryptography and even art. The idea is that, if something can’t be predicted or influenced one way or the other, then it’s random.

But mathematicians and physicists will tell you that everyday random events are examples of what is called practical randomness. With enough computational power, all of these events can be predicted, theoretically — and sometimes demonstrably. Take dice, for instance.

In 2012, researchers from Poland and Scotland determined a way to predict dice rolls by measuring everything from air viscosity to table friction to the acceleration of gravity itself. The researchers ran those numbers that through a series of complex equations and compared the results to high speed camera footage of real dice. Sure enough, they managed to develop a system to predict what number a thrown die would land on.

This business of making random things predictable is actually a big problem when it comes to, say, computer security. By its very architecture, a closed-system computer cannot provide truly random results. A calculation with all the same original parts must deliver the same result every time, and that’s all a computer is — an ultra-powerful number cruncher. As such, if Computer A generates encryption based on pseudo-random numbers, that encryption can eventually be cracked by a more powerful Computer B.

So how do computers produce better random numbers? There are a few ways, and most involve using an initial number based on some external variable that the computer cannot itself generate — like how long you hold down a letter on your keyboard divided by the current temperature at the top of Mount Everest.

Theoretically, though, even those valuables could potentially be calculated by monster computers of the future. As we get better and better at measuring the world around us, true randomness becomes more and more elusive.