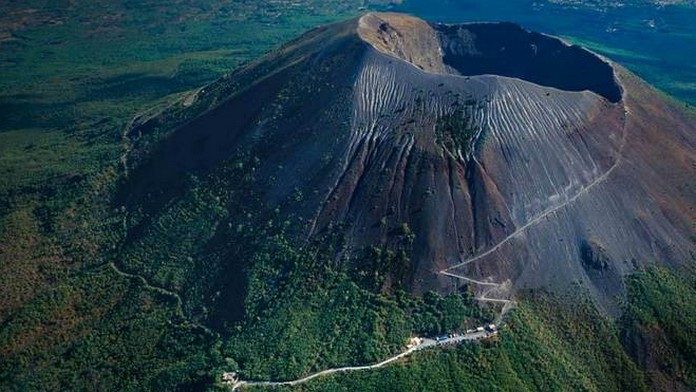 Do you know another volcano besides Mount Vesuvius in Italy? No? Well, scientists are becoming concerned that there’s actually a much bigger volcano just a few miles away from Vesuvius, and it’s getting ready to go cataclysmic for Italy… And the rest of the world. Campi Flegrei, just a stone’s throw from Naples, is what scientists call a “supervolcano” – as if regular volcanoes weren’t terrifying enough.

For the past 60 years or so, it’s been showing signs that it’s getting ready to blow its lava load all over southern Europe. And these signs, like seismic activity, land deformation, and gas chemistry, have been accelerating since 2012.

That’s bad news for the nearly one million people living in Naples, 360,000 of whom live right on the sides of the volcano itself. If the experts are right and Flegrei pops within the next century, those million people will have to evacuate or die while Naples, one of the most important hubs of European culture for the past thousand years, might go the way of Pompeii – first utterly destroyed, then be made into a terrible movie. And that’s the best case scenario.

40,000 years ago, some scholars think a Campi Flegrei eruption contributed to the extinction of the Neanderthals. But even that’s small potatoes compared to 200,000 years ago, when the supervolcano blackened the skies of the entire planet, causing a worldwide volcanic winter and almost wiping out all life on Earth.

Here a video simulation of what the incoming eruption could look like… and its pretty terrifying:

Any way you look at it, the prognosis isn’t good. The supervolcano Campi Flegrei cataclysmic blast will be unprecedented!