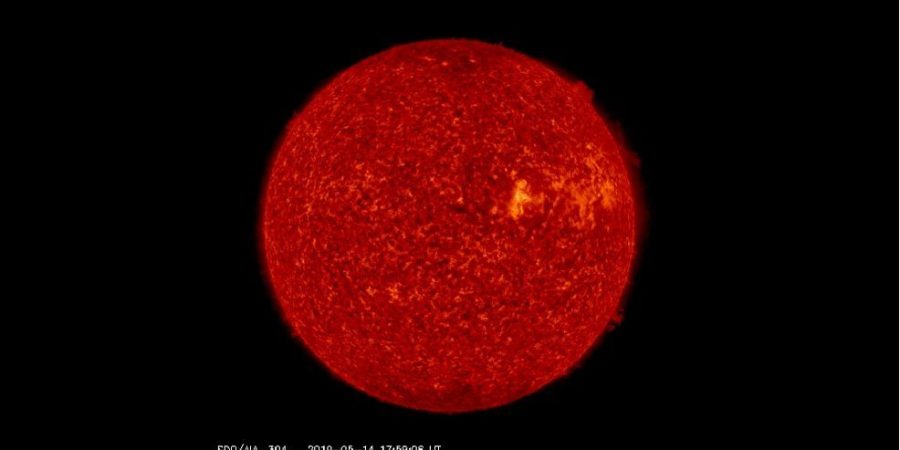 The phenomenon may divert spacecraft from their orbit and create problems for satellite communications and GPS navigation, the Laboratory of X-Ray Astronomy at the Lebedev Institute of the Russian Academy of Science said.

Radio interference and Aurora Borealis in unusual places will be the other side effect of the magnetic storm. The Northern Lights may be seen in the sky, starting from the latitudes of 60 degrees – where Russia’s Saint Petersburg is located – and above.

“During such events, the voltage in electrical systems may require correction. False triggering of safety systems is also possible,” the scientists warned.

But it’s not only hardware, but people as well, who will be affected. Those, who are aware that they are weather-sensitive, may feel discomfort and should take precautions.

The storm began early on Tuesday and will last during the day, with normalization only expected on Wednesday night, the researcher said.

The current event “is a large one compared to what was happening in recent years.” It was ranked at level three, with the strongest – level five – storm occurring once every 10 or 20 years.

Some of you may be aware that there are amateur researchers out there that have speculated there may exist a connection between solar storms and earthquakes.

While presently there isn’t any official acceptance of this theory, on the same day as the strong solar storm there was a 7.5 magnitude quake in Papua New Guinea which seems to lend greatly in support of the theory, or perhaps it could just be one big coincidence.

A magnitude 7.5 earthquake has struck Papua New Guinea, according to the U.S. Geological Survey.

There were no immediate indications of injuries or damage. Residents in the area reported that the quake shook homes, rattled furniture, knocked items off shelves and tables and cut off power, according to news network EMTV.

A​ tsunami alert was issued for Papua New Guinea and the Solomon Islands but was later cancelled.

The epicenter of the quake was about 28 miles northeast of Kokopo, in New Britain province. The city is on a smaller island northeast of the main island and about 495 miles from the the capital of Port Moresby.

Papua New Guinea sits on the Pacific “Ring of Fire,” named for its active volcanoes and earthquakes. About 90 percent of Earth’s quakes happen along this 25,000-mile horseshoe that loops from South America to Europe and back down to the coast off Australia.

A magnitude 7. 2 quake struck the country’s main island on May 7, but no injuries or damage were reported.

In the past century, 36 earthquakes of magnitude 7.0 or larger have been reported within 150 miles of the epicenter of today’s quake. Three of those were magnitude 8.0 or larger, including one in November 2000 that triggered landslides and at least one death, and left thousands homeless.

Last year, a magnitude 7.5 quake in another part of Papua New Guinea killed at least 145 people.