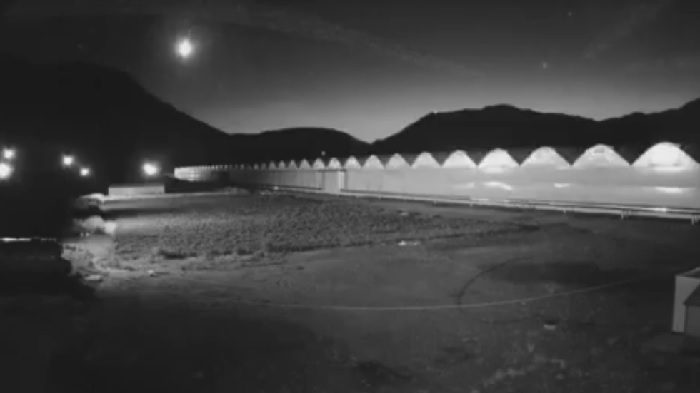 A bright flash has lit up the night skies over western Armenia, leaving local residents and scientists wondering about the origins of a mysterious object that looked like a fireworks explosion.

A video published by Armenian weather service official Gagik Surenyan shows a bright, glowing orb traversing the sky over mountains to the north-west of the nation’s capital of Yerevan. The orb is seen rushing towards the ground before disappearing in a massive explosion somewhere close to the Earth’s surface.

Surenyan described the incident as a “big meteorite fall,” but the Armenian Emergencies Ministry added some mystery to proceedings – they confirmed receiving a report about a meteorite supposedly falling in the area near the town of Byurakan, but they insisted the celestial body vanished without leaving the traces they would normally expect to see.

The ministry’s spokesman Edmon Zargaryan told local media that “relevant” local authorities did not possess any “fact-based” information about a meteorite fall either, even though Byurakan houses an astronomical observatory. Its director Areg Mikaelyan, who saw the video, said the object on the footage could be a small meteorite, while not ruling out a possibility of it being some “artificial object.”

The luminescent orb, which was bright enough to be seen even from some eastern regions of neighboring Turkey, sparked a flurry of speculation online. Some people wondered why local media were initially silent about the incident, while others doubted it was an asteroid. There were also those who admitted they first mistook the bright flash for a fireworks explosion, since Armenia was celebrating a national holiday called Republic Day on May 28.

Some people were certain that it must have been a missile test, although the Armenian Defense Ministry was quick to state that they have not conducted any tests or exercises in the area lately. Others jokingly noted that the mysterious object could have been a rocket carrying Bill Gates’ microchip implants.