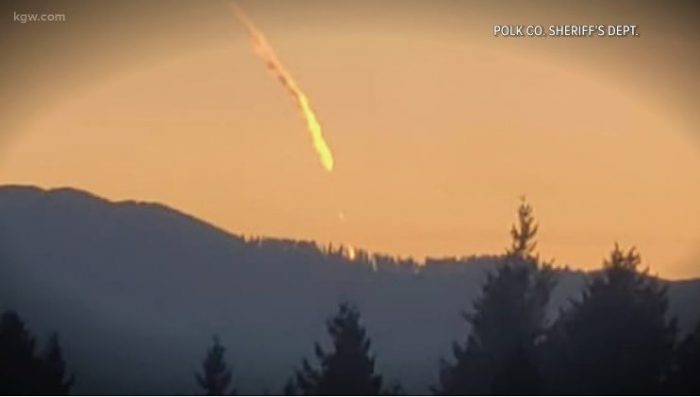 The Polk County Sheriff’s Office is looking into reports of a “large fireball falling to the earth.” They said it was visible in southwest Polk County.

The sheriff’s office said the fireball was first reported as a plane crash, although those reports have not been confirmed. Polk County Sheriff said they have used all available aviation tracking systems and no planes have been lost.

Authorities are trying to locate a possible landing location and “exactly what the fireball is.”

Thursday evening the sheriff’s office was scaling back their efforts to locate the fireball. They said they will use aircraft Friday during daylight hours to cover the rough terrain in the area.

Some people have speculated that the fireball is a result of a “unicorn meteor storm” that is expected Thursday night. However, KGW chief meteorologist Matt Zaffino said the meteor storm won’t be visible on the West Coast.