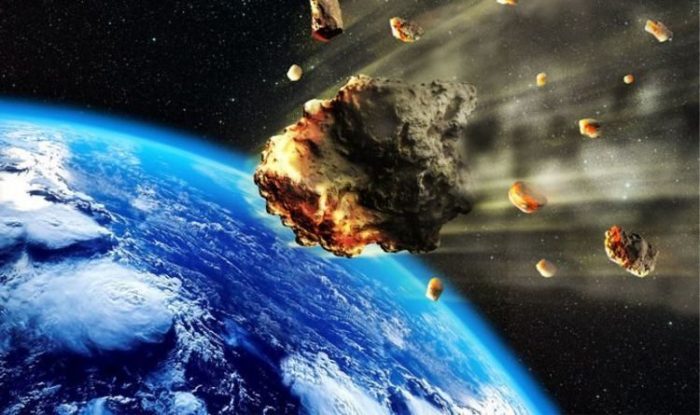 Asteroid experts all over the globe fear our planet sits in a shooting gallery of so-called Near-Earth Objects or NEOs. Approximately 66 million years ago, one of these asteroids wiped out two-thirds of all life on the planet and ended the reign of the dinosaurs. Today, four new NEOs are discovered every single day but many potential threats remain undetected.

The campaign dubbed Support Hera and initiated by the co-founders of Asteroid Day hopes to influence more research into safeguarding Earth from future impacts.

Hera is the European Space Agency’s (ESA’s) planetary defence and asteroid deflection mission ran in partnership with the US space agency NASA.

The campaign was launched today (Friday, November 15) at the Museum für Naturkunde in Berlin, Germany.

Support Hera was launched with support from the Max Planck Institute for Solar System Research and the Observatoire de la Côte D’Azur in France.

Asteroid Day co-founder Grig Richters said: “More than 1200 prominent scientists and citizens from around the world have signed a letter in support of Hera because studying NEOs cannot be under-appreciated and the Hera mission is core to gaining the knowledge we need to detect and ultimately deflect dangerous asteroids headed towards Earth.”

During a press conference in Berlin, the campaign’s organisers unveiled a letter to European minsters signed by more than 1,200 concerned individuals.

The letter reads: “Unlike other natural disasters, an asteroid impact with Earth is not only one we know how to predict but one we can prevent, by means that just need to be tested.

“Today, we are the first generation of humans who have the necessary technology to try to change the trajectory of an asteroid.”

According to the letter, asteroids upwards off 328ft (100m) across are large enough to cause “severe damage” over many thousands of square miles.

But scientists have only uncovered less than 20 percent of these bodies in the solar system. 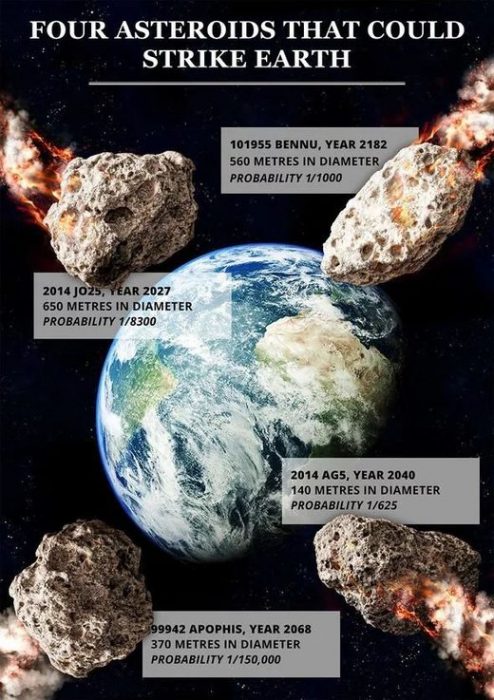 Even an asteroid as small as 32ft (10m) across can pack the punch of an atomic bomb if it strikes the planet.

When an undetected 65.6ft-wide (20m) rock exploded in the skies over Russia’s Chelyabinsk Oblast in 2013, it injured more than 1,000 people with shards of broken window glass.

Missions like HERA and NASA’s Double Asteroid Redirection Test or DART will test our ability to push these rocky bodies away from Earth before they hit.

Hera Principal Investigator Dr Patrick Michel said: “New NEOs are now being discovered at the rate of some four per day.

He added: “The Hera and DART missions, under the coordinated AIDA collaboration of scientists, will give us the unique possibility to test our capabilities to deflect an asteroid, combined with fascinating science.”

Dr Holger Sierks from the Max Planck Institute said: “It is now that we have the knowledge about the surface of comets and asteroids from space missions as Rosetta and Dawn – and based on this experience we are best prepared for a mission on asteroid deflection.”

According to NASA, the currently known asteroid count stands at 840,170.

Most of these rocky objects are found in the Asteroid Belt between Mars and Jupiter.

Geologist Gisela Pösges said: “For me who lives in an Impact crater, the Ries Crater, the danger from space is very obvious.

“The Ries Event destroyed an area from more than 4,500 cubic kilometres.

“That means if such an Impact Event would take place today at the same place the area which is located in a triangle made by the three big City in Southern Germany Nuremberg in a northeast direction, Stuttgart in western direction and Munich in a southeast direction – all three cities are 100 km away from the point of impact – would be wiped out.”