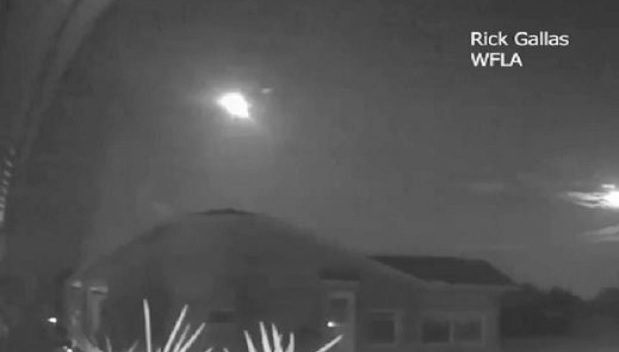 Video of a bright meteor streaking across the sky came in to the WFLA newsroom early Friday morning. WFLA viewer Rick Gallas was able to capture the video of the meteor on his security cameras at 11:27 pm Thursday night. This is looking east but he is not the only one who saw this meteor.

Rick may have been one of the only ones to capture the meteor on video but plenty of people saw it. Twitter has numerous reports of the meteor being seen all across Florida.

The meteor was so bright that the global lightning mapper on the GOES East satellite displayed it at a lightning strike near Orlando!

So, from reports I have gathered from this tweet: https://t.co/vGPW2BORTH, the “lightning” strike detected near #Orlando could actually be the #meteor I saw around 11:30 PM July 18, 2019. Will be interesting to see if any video comes out of it in coming day(s). #Florida pic.twitter.com/CEeMXR1QKf

Another security camera caught the meteor near Jacksonville.

The American Meteor Society received 24 reports of this “fireball” last night. While the exact cause or origin of the meteor will probably remain unknown, it is possibly a meteor falling into the earth’s atmosphere. Based on the 24 reports that came in, the trajectory of the meteor was determined by the AMS and is displayed by the blue line below. 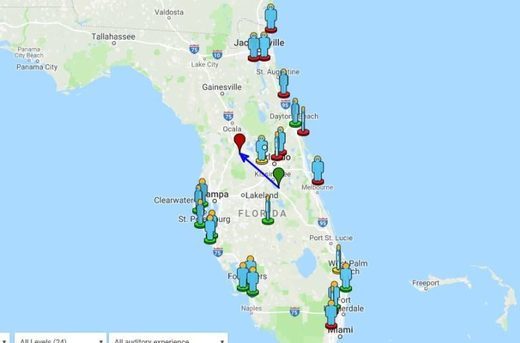 The Alpha Capricornids meteor shower does not peak until July 29th but the shower has been active since the beginning of the month. According to the American Meteor Society, this particular meteor shower is not known for it’s frequency of meteors but instead the “number of bright fireballs produced during its activity period.”